Jennifer asks:
I am trying to find a scenario where a suicide attempt would lead to traumatic brain injury with long-term repercussions (reduced mental and physical functioning afterward) but not death.
Jordyn says: 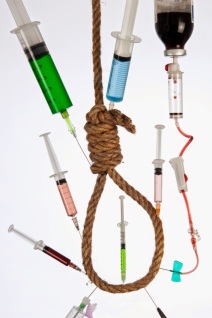 There are actually several ways a person could attempt suicide and end up with a brain injury. It doesn’t have to be a traumatic brain injury but anything that would lead the person to have a hypoxic event (where they weren’t breathing for a period of time) could lead to brain damage and difficulty down the road.

If you want direct brain injury then a gunshot wound to the head would be the best bet. Maybe it was misdirected somehow and the person just got a glancing blow.
If you want to go with the lack of oxygen aspect then:
1. Attempted hanging.

2. Drug Ingestion.
3. Ingestion of poison.
4. Cutting the wrists– if you lose enough blood you will code which could lead to an hypoxic event as well.

Really, any suicide attempt that leads to a code event can cause brain injury.

Jennifer Slatterywrites missional romance novels for New Hope Publishers and Christian living articles for Crosswalk.com. You can visit her online at http://jenniferslatterylivesoutloud.com/