Nothing is more heartbreaking than to take care of a child that has been abused. April is Child Abuse Awareness Month so I thought I’d do a few posts about child abuse injuries and how medical providers pick up on the fact an injury may be intentional or inflicted. 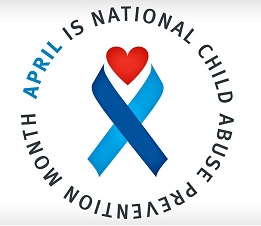 As a pediatric nurse, I’ve been witness to child homicide at the hands of abuse. Yes, it is murder. It’s a necessary part of my job in dealing with these families, perhaps even the confessed abuser, as I care for the child abuse victim. And yes, there is a lot of conflict in these situations.

How do we as pediatric medical providers begin to suspect that an injury is abusive? During the initial evaluation of an injury, confession among abusers is rare (perhaps, they will confess later.) Often, there is a history given to account for the injury. Both parts: the history of the injury and the injury itself can give red flags for abuse. Today, let’s examine the story and how it may signal an abusive injury.

1. The story not realistic considering the child’s developmental level. This is more common than you might think. Most people cannot rattle off when a child should meet certain developmental milestones so they’ll say the child injured themselves in a manner that is beyond their developmental age. For instance, “my daughter broke her arm by rolling off the couch”. The baby is two-weeks old. Infants typically roll over starting at 3 months. Here’s a great resource for any writer/parent for developmental milestones.

2. The story changes. Just like other criminals, abusers can have a hard time keeping their story straight. Often times, the more abusers are questioned about the plausibility of the story, it will begin to change. Medical staff interviewing a potential abuser can be like a detective getting a criminal to confess. The doctor will often approach the caregiver several times to ask questions about the injury to see if the story changes. In later interviews, the doctor may say, “This injury is suggestive of abuse.”

3. The story has too much detail. This one may seem odd, but it can be a red flag for abusive injuries. If you have children, think back to their toddler/elementary school years when they seem to come home with lots of bumps, bruises, cuts and scrapes. If asked, could you come up with an explanation for each and every injury? Likely, no. Abusers will try and explain away every injury. A non-abusive parent will be truthful and likely say, “I have no idea how that happened.” and then probably feel guilty about not knowing.

What other parts of a medical history/story might give a signal for abusive injury?