In the Season Two/Episode Eight airing of the FOX television show 911— there was a great scene on how to really provide no medical care. 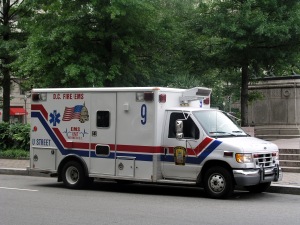 The setup: A gay couple is getting ready to go on a bike ride. Much time is spent in a musical montage showing their lives together. It’s clear they have had a loving relationship and remain deeply in love. One gentlemen goes to load a bike onto a SUV when, in a series of unfortunate events, he gets pinned by the SUV to the entrance gate— akin to Anton Yelchin’s accident (though they do show in the episode the SUV was placed in neutral).

He is discovered by his partner who then calls 911. Upon arrival, there isn’t much done for his lover. He is essentially declared dead on arrival.

Then, the gentleman who discovered his partner, goes unconscious while a firefighter has his back turned. Literally only a few seconds have expired when the firefighter discovers he’s passed out. They provide one and a half cycles of CPR and kind of shrug their shoulders declaring that he’s died, too.

This is unacceptable management of this patient. It’s essentially a witnessed arrest so they were correct to start CPR immediately, but at the very least, he should have been connected to an AED for rhythm analysis and probable defibrillation. A very common reason for sudden collapse are arrhythmias that will respond to electricity. There’s no reason why this gentleman’s treatment  should have been so sparse. It would have increased the drama and the tension of the episode to have this patient get a full resuscitation.