There are few headlines right now grabbing more attention than the two cases of confirmed Ebola virus that are now being treated on U.S. soil. Even before these two arrived in the U.S. did you know that the biggest Ebola outbreak is happening and is not contained at this time? 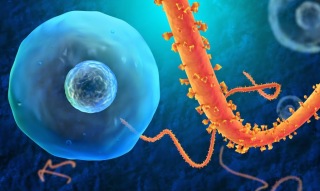 First of all, as a healthcare provider, I think it was risky to bring these individuals back. I’m not saying the U.S. should not have provided medical assistance to these individuals but bringing the virus onto U.S. soil is, at worst, potentially dangerous and, in the least, panic inducing. There have been at least nine patients tested for Ebola in the U.S. (Mt. Sinai in NY, Atlanta, Ohio and six other non-disclosed tests.)

Thus far, these tests have been negative.

Ebola is a virus. This means it cannot be treated with antibiotics. What’s left to the medical team is what is termed “supportive care” which means we support the patient and the symptoms they are having but we have to let the virus run its course. If you can’t breathe, we put you on a breathing machine. Best prevention would be a vaccine. Right now, there is no available immunization for Ebola though there are some in development.

There are some antiviral drugs that can shorten the length and severity of the illness. The one most familiar is Tamiflu. However, antivirals are not effective against all viruses.

Ebola is transmitted to people from wild animals and outbreaks occur near villages close to tropical rain forests. Then it spreads from human to human via close contact with their secretions. One interesting transmission of the disease is through semen up to seven weeks after recovery from the illness. Most patients feel that once they are symptom free– they are no longer at risk for transmitting the illness. People are infectious as long as their blood and secretions contain the virus. This comes from the World Health Organization.

While it may be hard to contract Ebola, the problem is, if you do, the mortality rate can be as high as 90%. This current outbreak seems to be running a mortality rate between 50-60%.

Early symptoms include sudden onset of fever, weakness, muscle pain, headaches and a sore throat. These symptoms can appear two to 21 days after infection.

Which is another potential problem with Ebola spreading worldwide. You can be contagious but be symptom free Although it is hard to determine from multiple news reports if this is a hard and fast rule. Some sources say you have to be symptomatic to spread the disease. There are respected organizations (as stated above) who say the opposite which, if bears out, makes the standard of monitoring people at the airport (and other transportation hubs) for fever not 100% effective.

Besides this, these symptoms can mimic other less life-threatening illnesses like the flu.

After these mild symptoms– the disease progresses and attacks major organ systems that can include internal and external bleeding. Bleeding is exhibited in about 20% of cases. Death usually results from shock and multi-system organ failure.

Outbreaks are considered contained after there hasn’t been a new case identified for 42 days which is twice the incubation period of the disease.

What I find most interesting was the creation of a serum called ZMapp that has antibodies to combat the disease. I’ll cover that next post.

What do you think? Should these U.S. citizens infected with Ebola have been brought back to the U.S. for treatment? Why or why not?

**All italicized portions come from the linked articles.**