Not only am I a pediatric nurse, but I’m a mother of two girls age 9 and 11. I tend to worry. Not about the little every day illness and injuries– like say my daughter’s broken arm that I didn’t have evaluated for 24 hours. Hey, it wasn’t deformed and she had good blood flow. Perfectly okay to see if rest and Ibuprofen made a difference. 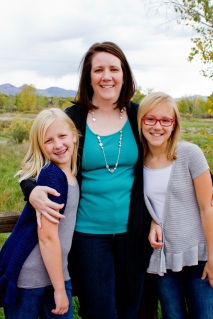 What I do worry about is those zebras in the forest. This phrase is typically used for those diagnoses that happen but are a rare occurrence. Like your child with a nose bleed probably (99.5% of the time) doesn’t have cancer.

But– this is what I worry about out. Every headache is a brain tumor. I probably palpate lymph nodes more than I should which got me into an anxious worry cycle when my youngest was around three-years-old.

I looked at her one day and she has a lymph node bulging from her neck. She was otherwise fine– which was actually more worrisome, because she didn’t have a reason for the lymph node to be so prominent. No ear pain, sore throat, fever, scratch . . . etc.

I took her to her pediatrician and he wasn’t concerned. They did a CBC– which is a blood test that looks at red and white blood cells. It can give an indication of cancer but is generally not considered definitive. Even after the CBC came back normal, my mind wasn’t completely at ease so I scheduled to take her to the ENT. They, too, were nonplussed but could see how worried I was and so the physician says– “I don’t think it will show anything to biopsy this node but I will take it out if it will make you feel better.”

And that’s when my nursing brain kicked in and began to override my mommy brain. I was risking surgery to ease my anxiety. I was going to give her a scar so I could sleep at night when this trained and well-respected physician and given me reassurance. I asked him what would be the most conservative bridge between surgery and easing my worrying and he offered to track it by exam every three months for a year.

Not too long after that we cared for a patient that got an infection after this type of surgery. Post-operative infection is a known complication of ANY surgery and doesn’t imply that there was negligence.

My concern is this– many parents are choosing surgery as first line defense when, perhaps, problems could be managed another way. Doctors are deferring to parents, at times, against their medical gut to cover themselves from potential lawsuits– such as a parent insisting on a CT for head injury. This isn’t always in the best interest of anyone.

Next post I’ll be analyzing the case of Jahi McMath– who is the girl who suffered a surgical complication that led to brain death. Do I think, from what’s been written about the case, that the hospital could be responsible for her death?