I’m pleased to host Tim Casey as he shares some of his patient experiences with near death.

Over my 30 plus years as a firefighter/paramedic I witnessed many souls depart this world, but also had the privilege to participate in the resuscitation of hundreds of patients. I developed a habit over the years of asking the previously lifeless about what they had experienced while dead. 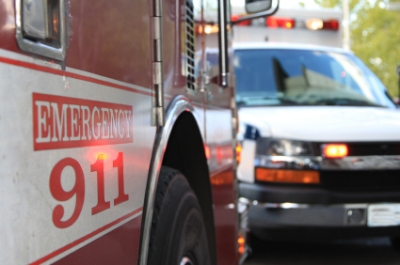 As I was generally the very first face they saw upon rejoining the living, once I knew their physical well being was stable, I would simply ask them what they experienced. Some had a story and some had no memory of what had happened.

But first let me take you through the process of resuscitation in the field as a paramedic. We generally had advanced notice from our dispatch center that we were responding to a possible cardiac arrest, and a description of what was happening at the scene we were approaching. We would be advised if CPR had been initiated and if the patient was believed to be pulseless and not breathing (apneic).
This gave us time to mentally prepare for what procedures would be needed to begin as soon as we arrived. If in fact we found a dead human being defined as a person not breathing and without a heartbeat, the first thing to do is determine if there was any kind of heart rhythm we could treat. The patient was attached to a cardiac monitor to access what kind of electrical activity was occurring with the heart.
There are many heart rhythms that we can treat with electricity, but one quick note; we don’t shock what is colloquially known as a flatline. This rhythm is asystole and no amount of electricity will convert this rhythm back to a functional heartbeat. If a treatable rhythm is present we will “shock” the patient and in successful cases (cardio version) this will bring the heart beat back to a functional condition.

Many other things can happen following this first procedure including intubation of the airway, administration of drugs to assist life and other supportive care. Not all patients regain consciousness but in the rare case they did and they were not intubated, I felt compelled to question them about their experience.

Almost all these cases occurred in the back of an ambulance while transporting the patient emergent (lights and siren) to the hospital. I only had a handful of cognitive patients that could talk to me and describe what had happened.
All were profoundly at peace and their former life threatening condition seemed to become more stable. I must add a quick note, when I was on scene with a conscious patient that was on the verge of a heart attack but had not yet become unconscious; one of my primary questions was if the person felt an impending sense of doom. All said they did. They knew on a base level deep within themselves that their life was about to slip away.
The patients that had survived and regained consciousness had lost that feeling of doom. There was a noticeable change I could see right before my eyes. Now was this due to the treatment I had administered? The drugs and electricity that I had applied to a lifeless body?
I was told by these people it was not because of my efforts, it was in fact they felt that they had been sent back by someone or something. Many had complete memory of the whole event including what I had said. I always talked to my patients and encouraged them to help me, to stay alive. A common phrase in emergency medicine is this, “The last thing to go is the hearing.” and my experiences confirmed this for me.
On one occasion in a remote location where the ambulance was very far away I had the experience of resuscitating a gentleman in his bedroom. My engine crew was with me but because of his improved condition I had asked them to gather equipment to prepackage the patient for transport.
The gentleman and I were alone for a few moments. He had changed from ghostly white soaked in sweat to pink and dry, he smiled and thanked me. I had to ask.
“Did you see anything while you were gone?”
“I don’t believe I was gone. I was here. I watched you.” He said. “But there was another person here with us. I guess you could say, not a person, but God I believe. He told me it wasn’t my time and said I had to go back.”
“Did you see Him?” I was very excited.
“Not really, more felt Him, felt surrounded by Him I guess I would call it.”
“And then what?” I asked.
“And then I was looking at you.” He said.
These experiences gave me a sense of my own spirituality. Maybe I wasn’t such a big deal as a paramedic after all. Maybe it was all predetermined and out of my hands. Or maybe God worked through me. Either way I guess I will never know until it is my time.
********************************************************************* 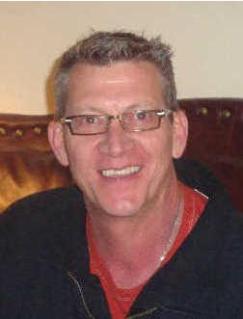 Tim Casey is a retired firefighter/paramedic with more than 30 years on the streets caring for the sick and injured. He has also written a memoir: Dangers, Toils, and Snares: Confessions of a Firefighter which has been number one on Amazon in the Kindle Store many times. Tim now
is a full time author and his new book on how to date a firefighter will be out later this year,