I’m honored to have licensed marriage and family therapist Jeannie Campbell at Redwood’s today as we do a cross-blogging adventure. Jeannie does what I do only with matters of the mind so I hope you’ll check out her blog (and become an enthusiastic follower) The Character Therapist. Jeannie also has a great book for writers called Breaking Character Stereotypes.

I will be at Jeannie’s blog discussing medical conditions that present like psychiatric cases. Think you know what they might be? You’ll have to troll on over there to find out.

I’m happy to be back with part two in my series on psychopaths. (To read the first post, click here.) Today I wanted to talk about the two basic types of serial killers, since serial killers are definitely psychopaths.

Based on the serial killer’s motives, professionals have narrowed down two basic types of killers:

Act-Focused—These killers generally don’t kill for the psychological gratification of the kill, making the act itself their primary emphasis. They usually kill quickly, with little pomp and circumstance. They come in two subtypes:

Visionaries – These killers usually receive a vision or hear a voice telling them to kill. Sometimes the vision or voice comes from God or the devil, both of which legitimate their violence.

Missionaries – These killers are on “missions” to eradicate a specific group of people, such as prostitutes, white-collared bankers, etc.

Process-Focused —The majority of serial killers are process-focused. They get off (yes, in thatway) on the method of their kill. They kill for the enjoyment of it, and usually get a perverse sexual thrill out of it, so therefore they take their time and go very slowly. Hedonism at it’s worse. These killers fall into 4 subtypes, based on their motives as well:

Gain – Murdering someone for profit or personal gain. Most females usually fall into this category, like Lavinia Fisher, who would murder her hotel guests and keep whatever belongings and cash they had.

Thrill– Killing someone gives these people a rush or high. They especially like to watch the lights go out in their victim’s eyes. It’s the ultimate adrenaline rush…makes them feel alive and euphoric. They typically don’t engage in sex either before or after.

Power – The pleasure comes from manipulating and dominating, although the argument could be made for this category to fall in with any of the above. Usually sex is involved, but it’s not as important to this killer than to the Lust killer. That’s confusing, I know. Some research I found led me to think that this is considered the “sociopath,” but I think you and I both know that every person talked about on this post would be one of those.

Lust – Murder is associated with sexual pleasure in the minds of these killers. These sick folk actually will have sex while in the process of killing or engage in necrophilia after they have killed. Either/or….twisted. It seems that Lust Killers are the most prevalent in the media and certain fiction genres, so I’d like to dissect them a little further.
Lust Killers basically have sexual gratification as their main motivation. They almost always exhibit sadism (inflicting pain on others for their pleasure). They usually are not opportunistic killers, but rather highly organized, with vast amounts of planning and forethought put into their kills.
They tend to go through four phases:

Fantasy – they act out the crime over and over in their mind, maybe with use of pornographic material. The desire to kill is manifested, and this time period may last years before they progress to phase two.

The Hunt – the killer might focus primarily on the “right” type of victim, or he may focus on the “right” type of location. Once he finds the victim, he may stalk them (hunting) for a long time, memorizing their schedule down to the minute. It could take many more years to go through this phase, and cover 100s of miles.

The Kill – the victim is lured into the trap and then the killer makes real on his fantasy. Depending on how elaborate the kill ritual is, this could take a while…several days or longer, even. There will almost definitely be “overkill,” in that there could be extreme torture, mutilation, or dismemberment. The killer might have sex with the corpse, drink their blood, eat body parts…whatever they can do to preserve their moment of ecstasy however they can. The killer might take a token of their kill or leave a calling card, but not always.

Post-Kill – the killer will likely feel empty or depressed, because their inner torment was only relieved short-term. More lives will have to be taken in order to have temporary relief. It would be during this stage that a killer would write a confession to the police or media. Unless caught, it is inevitable that he will kill again, starting the cycle back over.

I know that’s not the happiest ending to a post, but hopefully this information will help your readers with their serial killer development.
Thanks for hosting me, Jordyn! 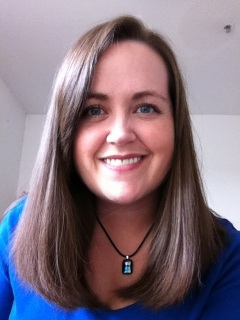 Jeannie Campbell is a Licensed Marriage and Family Therapist in California. She is Head of Clinical Services for a large non-profit and has worked with families, teens, parents & kids for over 10 years. She loves her day job so much that she crossed over to diagnosing make-believe people. She’s the owner/operator of The Character TherapistTM, an online therapy service for fictional characters…and their authors. You can connect with her at http://charactertherapist.com.