Amy asks:
I’m writing a contemporary RomCom novel, and my opening scene involves the Colorado Springs Police Department. It starts as a sort of comedy of errors when my heroine returns from an extensive trip to find someone else has accidentally moved into her half of the duplex she rents. The man she finds there thinks she’s breaking in and calls the police. What he doesn’t know, however, is that my heroine is the daughter of a former police officer who has died and is very well known by the other officers on the force.
Amy contacted me as she was needing some police help, STAT, and my brother happens to work for a police department. Even though the questions are not medical in nature, the information was too good not to post here.

What follows is the scenario and her questions– my brother’s responses are below each question.

A special shout out to my brother, Karl, for giving such detailed answers. Part II follows next post. 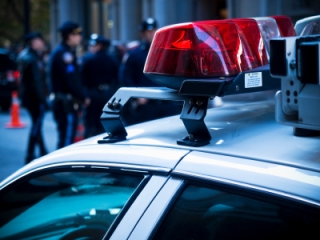 The way I have written the scene, the officers responding to the call know exactly who lives at that address because they’ve known the heroine for years, ever since she was a little girl, and are rather protective of her since her father/their fellow officer passed away. So when the man who actually called about the break-in answers the door, they immediately suspect HIM of foul play.

One officer physically detains him on the front porch while the other verifies that the girl is OK. The man is confused by the fact that the woman whom he thinks just broke into his house is on a first-name basis with the cops, and why they are so protective of her when he is the one who called them. Of course, it is all resolved when they realize the man was given a key to the wrong half of the duplex and is supposed to have moved into the second story unit.

1. Is this plausible? Might two officers who personally know the address and the occupant immediately jump to this conclusion about her safety despite the fact that the man made the call?

If the cops know this girl and already feel an obligation to protect her due to the loss of her father, then it is very likely that they would take this stance no matter what the situation is, possibly even if she were doing something wrong herself. I will say that Colorado Springs is not like New York, we’re not going to give every cop’s kid or wife an automatic pass, but they will take care of their own and they would be ultra-protective of this woman who has a stranger in her home.

2. Would two officers arrive in one single cruiser, or two separate? The scene takes place in January — what color is the typical winter uniform?

CSPD typically rides in single man cars. So if there are two cops on scene, there will be two cars. CSPD’s uniforms don’t change for the season. They wear blue shirts (short sleeve or long sleeve) over midnight blue pants. The only difference would be if they are wearing midnight blue jackets over their uniform shirts due to colder weather.

The jackets have some reflective striping on the arms above the elbow and the badges used for the jackets are embroidered patches. The cops might be wearing a mock turtle neck, or some guys still go for the outer sweaters. They are also authorized to wear plain (no logos), black, cold weather, knit caps on their heads.

3. Assuming the man calls it in as a burglary-in-progress, are two officers enough, or would more units respond? Would they arrive silent/dark, lights only, or lights+sirens?

Only two officers would typically be dispatched to a call for service like this, but more would possibly respond for a couple of reasons. First, if more are available and they assign themselves to the call, then more will show up. This is typical because a burglary in progress is considered a high risk call for service and cops like to look out for one another and catch bad guys.

Second, if this girl is so well known within the department, anyone who can respond, probably would. It may be a way for the author to really drive home the girl’s popularity or the sense of protection the department has for her, when six cops, a sergeant and a shift lieutenant all show up on scene. The police would respond lights and sirens, but the rule of thumb is to shut that stuff down several blocks away. If it is after dark, they may role down the block blacked out and no matter what time of day it is, they will park two to three houses away and walk in. One or two them could pull out some long guns too (shotgun, patrol rifle).

Amy Drown has a History degree from the University of Arizona, and has completed graduate studies in History and Archaeology at the University of Glasgow. An executive assistant by day, she also moonlights as an award-winning piper and photographer. But her true addiction is writing edgy, inspirational fiction that shares her vision of a world in desperate need of roots—the deep roots of family, friendship and faith. Her roots are in Scotland, England and California, but she currently makes her home in Colorado. Find her on Facebook at www.facebook.com/GlasgowPiper.