As a doctor, I don’t like reading books or TV shows about doctors. Not because I’m jaded and think I’ve heard it all before (quite the contrary) but because often, it feels like the writers just haven’t done their research. I’m not talking about highly involved medical research—it’s the basics that can trip you up.
Here are a few questions to think about when writing a character’s hospital scene (please note that some of this is for US hospitals only).
1. Is your character on the right floor?
As many people know, hospitals are set up with different patients in different areas of the hospital. There are pediatric floors, adult floors, surgical floors, maternity floors, ICU’s, etc. Knowing where your character/patient would be placed in the hospital depends a lot on the type of hospital you’ve chosen for your story. Is it a small community hospital in a small town? Or a large teaching hospital in a major metropolitan area? The smaller the hospital, the fewer wards there will be (and often the really serious cases would quickly be sent over by ambulance to a bigger hospital). In larger hospitals, the ward will be more specialized so you shouldn’t expect to see mixing of patient types (i.e., adult surgery patients in a medical ICU ward). 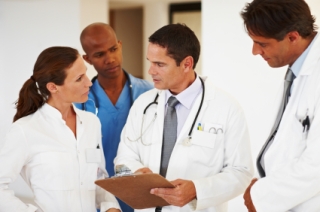 Why does this matter? It has to do with your setting details. For example: If your character is in the ICU, he/she won’t see a lot of patients walking around with IV poles in their hands. And the rooms in maternity ward have more privacy than in an ICU setting. If your character is the doctor rather than the patient—they won’t be wandering around random hospital wards. Your medical intern isn’t going to be regularly wandering around the pediatric wards and playing with kids there.
2. Who will be taking care of your character/patient?
This can be confusing and again, depends a lot on the type of hospital in your story. Let’s say you choose a teaching hospital. Who will be taking care of your character? I’m going to focus on the different types of doctors and doctors-in-training because that’s what I know the most about.
Medical students: These are students in medical school. They have not yet yearned their MDs so they are not “doctors”. Medical students are often allowed to see the patient first and ask questions—but not in an emergency situation. They do not make medical decisions for your patients.
Residents and Interns: These people have graduated from medical school and thus are “doctors”. They see their own patients and make some medical decisions, but are still in training and run major decisions by an attending physician (see below). Interns are what residents are called when they are in their first year of residency. In some specialties, residents have to do a separate intern year at a different program before beginning their specialty training. That’s why the distinction is made.
Fellows: These are people who have finished their residency but are doing further specialization and are also overseen by an attending physician, though less closely than a resident.
Attending Physicians: An “attending” is the doctor who is ultimately in charge of your patient during their hospital stay. All major decisions will have to be run by him or her.
This hierarchy can make a huge difference to the believability of your story. For example—a medical student or an intern will not be in charge of breaking bad news to a patient unless they have forged some strong bond with your patient. This is generally the role of the attending physician. Likewise, the attending physician will not be doing “scut work” (tedious hospital work, ordering tests) unless they are in a hospital where they don’t have interns and residents around.
3. Which patient will your doctor characters see?
This is one of the reasons I can’t watch Grey’s Anatomy. If you are a surgery resident, you will not be delivering babies. If you wanted to do that, you would have done ob/gyn. If you are an ob/gyn resident, you will not be taking care of babies in the neonatal ICU. If you wanted to that, you would have done pediatrics. And if you are a pediatric resident, you will not be doing surgeries. Please, get it right! Your doctor characters really can’t do it all!
Originally posted to the Guide to Literary Agents Blog. Reposted with author permission. 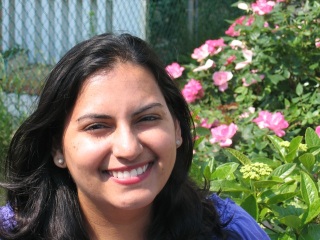 Amitha Knight is a former pediatric resident turned writer of middle grade and young adult fiction. She’s also a blogger, a book lover, an identical twin, and a mom. Follow her on twitter @amithaknight or check out her website: http://www.amithaknight.com/.