Today, I’m concluding my two-part interview with New York Time’s bestselling author C.J. Lyons. If you’re a fan of medical thrillers and haven’t read C.J.’s books, now is the time to start. The focus of today’s questions is on aspects of the writing craft.

Jordyn:  After reading through several of your past interviews, I discovered we’re really kindred spirits. I, too, started writing at a very young age. Do you still have these stories? Have you adapted any of them into your current novels?

CJ: LOL! No, they’ll never see the light of day. My stories when I was young usually involved a girl and her horse off fighting some form of injustice in history (I was fascinated by history as a kid, so my stories were set in the Wild West or Civil War or American Revolution).
Jordyn:  I think you’re one author who has successfully navigated both traditional and e-book publishing. What would you say are the best three ways to market a novel?
CJ:  Know your reader, know your story, know your strengths. Write a story your reader will love and use your strengths to connect with them and let them know it’s out there. Really, it’s that simple. Marketing is making a promise to your readers and keeping it. How you do that depends on where your strengths lie.
Jordyn:  Your novels are character driven. What are some strategies you use to develop imperfect heroes and sympathetic villains?
CJ:  It all starts with my character’s default action at the start of the story. What they think is their greatest strength on page one, I slowly make their greatest weakness by the end of the story until they sacrifice that old default action and learn a new one. Villains are on their own hero’s journey (no one wakes up one day deciding to be the bad guy, we all think we’re heroes of our own lives) so I do the same with them, only in the end they don’t make that sacrifice and learn from their mistakes, allowing the hero to defeat them.
Jordyn:  I was sad to learn of the tragic murder of a friend of yours during your residency. How did writing serve to help manage the chaos in your life during that time?
CJ:  After Jeff’s death I wrote my first crime fiction story, Borrowed Time. I think I needed to switch from the SF/F I had been writing before then because suddenly I needed to know that justice could be served and that good guys could win, despite the forces rallied against them. I’ve been writing thrillers ever since. 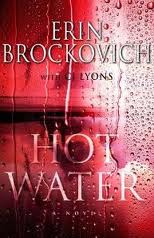 As a pediatric ER doctor, New York Times Bestseller CJ Lyons has lived the life she writes about in her cutting edge Thrillers with Heart.
CJ has been called a “master within the genre” (Pittsburgh Magazine) and her work has been praised as “breathtakingly fast-paced” and “riveting” (Publishers Weekly) with “characters with beating hearts and three dimensions” (Newsday).
Learn more about CJ’s Thrillers with Heart at http://www.cjlyons.net/