Stan Asks: My question for you is would a rape kit routinely be used to test for evidence of chemicals found in a condom in addition to DNA or would further tests be required? My plot has a woman getting even with a man by having her girlfriend havesex with the guy (he’s using a condom). She then gives the material to her friend who applies the sperm and claimsshe was raped. 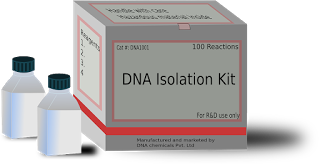 Rape kits are routinely tested for the presence of semen and sperm and maybe saliva depending on the story the victim gives. Chemicals found in spermicide and other condom components aren’t something an analyst would test for. Depending on how long of a time lapse between intercourse and the woman applying the sperm, it’s possible the spermicide on the condom would have already degraded the sperm to the point that it isn’t detectable, but that would only occur after a long time.

More likely, when DNA testing was performed, it would yield a mixture of 3 profiles: the man, the woman’s friend, and the woman. This is because the woman’s friend’s profile would likely be present on the condom from the intercourse she had from the man. This might raise a red flag but it would be up to the investigator to look into it further.

Amryn Cross is a full-time forensic scientist and author of romantic suspense novels. Her first novel, Learning to Die, will be released in September. In her spare time, she enjoys college football, reading, watching movies, and researching her next novel. You can connect with Amryn via her website, Twitter andFacebook.

Today, I’m posting a forensic medical question I had for Amryn Cross.

Can you tell if blood from a crime scene is from a donated pint of blood? If so, how?

You can actually tell the difference. A donated pint of blood will only have red blood cells and not the other components of blood (white blood cells, platelets, etc.). When the DNA from the donated blood is tested, the scientist would probably think it odd that they got little to no DNA yield (red blood cells don’t have nuclear DNA). They might chalk it up to degraded blood, or they might look at it under the microscope and find only RBC, which should make them suspicious. But probably the first indicator is that the blood at the crime scene would not clot if it were from a donated unit. The investigator may or may not pick up on that, but a crime scene tech probably would.
Jordyn Asks:
What about a pint of whole blood? Would it still be the same? Would small amounts of dry blood give DNA?
Amryn Says:
Whole blood would give DNA results but wouldn’t clot, so that would be something they would have to pick up on at the crime scene. If it was suspected and they wanted it verified, tests could be done for the preservatives in the bag.
Yes, if they were just droplets, they would still dry over time. And as long as it’s whole blood, it will give lots of DNA.

Amryn Cross is a full-time forensic scientist and author of romantic suspense novels. Her first novel, Learning to Die, will be released in September. In her spare time, she enjoys college football, reading, watching movies, and researching her next novel. You can connect with Amryn via her website, Twitter andFacebook.