I hope you can help me with my writing. I need some details for my character. 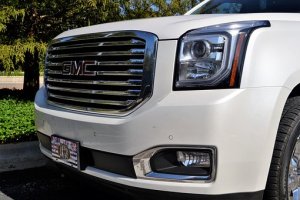 She is a 24 year old girl that was hit by a 4×4 pickup truck while crossing the road. She was thrown and her head hit the road divider. She was bleeding moderately (not too heavy) from her head injury. She was conscious when her friend sent her to the hospital where later the doctor said she had brain hemorrhage as a result from that accident.

Can I have the details for:

Hi Luna! Thanks so much for sending me your question.

First off, this is a VERY significant trauma to this young woman. There are some specifics missing from your scenario that would be helpful in answering your questions such as how fast the truck was going when it hit your character. The fact that you mention that the victim was thrown indicates a higher rate of speed. Being thrown coupled with the fact that her head hits a very hard surface (the concrete divider) doesn’t bode well for your character.

From your questions, it sounds like you want this to be a more minor injury. If you want this to be a survivable injury (which could be doubtful) you would need to change the nature of this accident and make it less lethal. For instance, the character isn’t thrown a distance. The truck isn’t traveling at a high rate of speed. Or, your character is in a vehicle of her own.

I will answer these questions based on your scenario as is, but keep in mind, this is a very serious accident and if the character survived, she would likely have an extensive hospitalization.

Will she have shock and shortness of breath on her way to the hospital?

You don’t specify in your question whether or not 911 was called and the patient was transported via EMS to the hospital. I would recommend that you do this. You also outline in your scenario that her head wound isn’t bleeding a lot. This is another part of your question that will need some revision. Head wounds do bleed extensively and heavily. If you’ve ever seen a minor laceration to the head you’d be impressed. The scalp is very vascular (meaning lots of blood vessels supply the area and therefore a much higher rate of bleeding).

Yes, this character could be in shock likely related to the blood loss from her head wound, or her head injury, or psychologically from the fact that she’s just been hit by a truck. Keep in mind, the head injury may not be her only injury. Anyone hit by a vehicle and then thrown will likely have other injuries such as broken bones, possible internal injuries, other cuts, lacerations, and abrasions.

If the patient was transported by EMS, they would first provide for C-spine stabilization (placement of a C-collar and backboard) while simultaneously assessing her breathing. Whether or not she’s breathing would be up to you. I could see it either way in this scenario. If she’s not breathing, then they would assist with her breathing. In addition, they would control any visible bleeding by applying pressure and dressings. She would be placed on a monitor to track her vital signs. An IV would be placed and IV fluids would be started.

Since this is a lengthy question, we’ll conclude tomorrow.