In Graniteville, South Carolina On January 6, 2005 in Aiken County, a railroad engineer left his train for the night to sleep at a hotel in town. Before leaving his train, he failed to properly reline the railroad switch for mainline operations. Meaning, he simply forgot to change the rails on the track. Changing the rails would’ve closed off the track where his train was parked, successfully forcing an incoming train to veer-off onto another track and pass the parked train.

In the middle of the night, an incoming train, planning to pass the town, collided with that parked train, which contained chlorine gas, sodium hydroxide, and cresol. The collision derailed both locomotives and many freight cars. The parked train’s tank car, containing ninety tons of chlorine, ruptured and then released sixty tons of the gas, creating a haz-mat spill and also polluting a nearby creek.

A true haz-mat team— trained, experienced, and equipped for such a catastrophic event— is not located in small-town Graniteville. Only a few of Graniteville’s emergency crews are trained in haz-mat. Their training, expertise, and equipment is insufficient for an incident of this magnitude.

Inside the Avondale Mills plant near the crash site, a man in respiratory distress called 911. From a dispatcher’s viewpoint, this situation is heart-wrenching. Even if rescue crews could’ve safely entered the area to extricate the man, it would’ve been pointless due to his immediate exposure to chlorine.

He was suffering from bronchial chlorine burns and he died a painful death while on the phone with the 911-dispatcher. For haz-mat training purposes, I listened to that chilling 911 recording. Overwhelmed in every way, that dispatcher could only listen as this man gasped his last breaths. Understandably, she had no words of comfort to offer him. That gave me a passion to become a 911 dispatcher once I’m too old to run the streets.

When that man plead with the dispatcher, “Please, don’t hang up. I don’t want to be alone.” I would’ve spoken with him about his family and his passions in life in order to get him as calm as possible. I would’ve talked about God and offered to pray with him. Often when people suspect their death is imminent, they suddenly forget all about being atheist, agnostic, stumbling in their faith, or whatever else, and reach for God.

Due to this haz-mat incident, nine people died, two-hundred and fifty were treated for chlorine exposure, and five thousand-four-hundred residents within a mile radius of the crash site were forced to evacuate for nearly two weeks while haz-mat teams and clean-up crews decontaminated the area.

Think of the fictional characterization possibilities within this tragedy:

1) Plagued by guilt, the train engineer is pushed over the edge by predisposition to mental illness, and becomes a murderous psychotic (an example of a villain in one of my books). What similar characters could you develop? To be honest, though, my heart goes out to that train engineer. My greatest fear in life is making an unintentional mistake as an EMT, resulting in a patient’s death.

2) The 911 dispatcher: For fictional purposes, let’s suppose it was this dispatcher’s first day alone (no longer training) on the job that horrible night in early 2005, and she resigns, making her first day also her last. Think about the baggage she would carry for years to come. In addition, what if she was already in a severe financial bind and now being jobless she’s in dire straits? She’d make a likable and fascinating main character.

3) Me, a future 911-dispatcher— what if a character had aspirations to be an amazing dispatcher but fails miserably? What if he/she is unable to handle the stress of the work and is then lost in life on where to head career-wise? Another idea for a terrific main character. 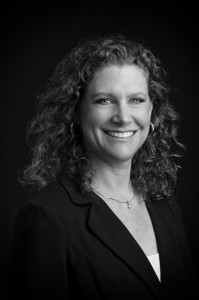 Dianna Torscher Benson is an Award-Winning and International Bestselling Author of suspense. She’s the 2014 Selah Award Winner for Best Debut Novel, the 2011 Mystery/Suspense/Thriller Genesis Winner, a 2011 Genesis double Semi-Finalist, a 2010 Daphne du Maurier Finalist, and a 2007 Golden Palm Finalist. She’s the author of The Hidden Son, Final Trimester  and Persephone’s Fugitive. The 2nd edition of The Hidden Son released in 2016.

An EMT in Wake County EMS since 2005, and a victim advocate practitioner since 2016, Dianna authentically implements her medical, rescue, and crime victim advocacy experience and knowledge into her suspense novels. She loves helping people in need, often in their darkest time in life. Dianna and her husband live in North Carolina with their three children.