Since May was Lyme Disease Awareness month and we’re getting into tick season with everyone enjoying the outdoors, I thought it would be great to repost Brandilyn Collins’ thoughts on the topic. You can check out all of Brandilyn’s amazing books by vising her website. Part two of her interview can be round by following this link. 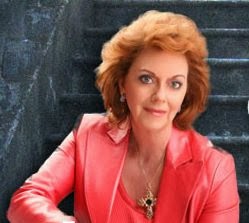 What do you do if your a novelist, infected with a potentially life-threatening illness (twice) and there are two camps of medical thought as to the diagnosis, seriousness and treatment of that illness?

This is the situation that best-selling author Brandilyn Collins found herself in. Over the Edge is a novel based on her real life experience of battling the medical community in their current thought process concerning Lyme Disease. I have to confess, I learned a lot about Lyme while reading this engrossing suspense tale. 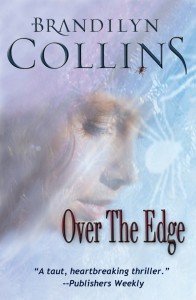 I’m honored to have had the chance to interview Brandilyn for her thoughts on Lyme Disease.

Jordyn: I was told once by an editor with a well-known publishing house that “issue-based novels don’t sell well.” Does this thinking concern you especially when writing this novel under a new publisher?
Brandilyn: First, thanks very much for our discussion today. I appreciate the opportunity.
As to your question—I never even considered it. A couple thoughts: One, it’s important that the novel first and foremost be about entertainment, not informing. If the author fails to keep readers turning pages, those readers will stop reading—and never “hear” the message. So when I sat down to write Over the Edge, topmost in my mind was meeting the four-point promise of my Seatbelt Suspense® brand: fast-paced, character-driven suspense with myriad twists and an interwoven thread of faith. Two, once I’ve met my brand promise in Over the Edge, I then have thousands of potential new readers—those in the Lyme community, who will feel validated by the story. So in that case, an issue-based novel only helps in marketing. Further, I’m passionate about the subject, which can only help as I interview in various venues.
Jordyn: Redwood’s Medical Edge focuses on dispelling medical myths that are commonly perpetuated in writing. What do you consider to be the three most popular myths among the lay public concerning Lyme disease? Among medical professionals?

1.  That Lyme disease can always be cured by a two to four week round of antibiotics. In truth, chronic Lyme can take months, even years, to treat with antibiotics.

2. That a patient must display the bulls-eye rash to have Lyme. Many patients never have the rash. Others may have a rash, but it doesn’t look like a bulls-eye.

3. That a negative test result means a patient doesn’t have Lyme. The CDC (Centers for Disease Control) says on its web site that Lyme is a clinical diagnosis, meaning that the entire presentation of the patient is taken into account. In addition, tests for Lyme are notoriously unreliable, partly due to faulty criteria for certain tests, and partly due to the nature of the Borrelia (the bacteria that cause Lyme). Borrelia are a very formidable foe. They can hide from the body’s immune system by changing their outer protein coat, for instance. Since tests look for antibodies to the Borrelia, not the bacteria themselves, a true Lyme patient can test negative. Therefore symptoms of a patient can mean more to the Lyme-literate doctor than test results.

Myths among the lay public:

1. That doctors in general, or even specialists like Infectious Disease Specialists, know how to properly test and diagnose Lyme. Wrong—reference above.

2. That Lyme isn’t very widespread. In reality, the CDC has verified Lyme in all 50 states. What’s more, the cases of Lyme reported to and verified by the CDC is estimated to be only one-tenth of the actual number of cases.

3. That you’ll always know if you’ve been bitten by a tick. Nope. Many Lyme patients never knew they were bitten. The most likely stage for a Lyme-infested tick to transmit is during its nymph stage, in which it’s no bigger than the head of a pin. Very hard to spot on a body, especially after it’s half submerged under the skin.

Jordyn: You list several recommendations in the Author’s Note section to improve care for Lyme patients. If you could pick one for nationwide implementation, which do you think would have the most beneficial effect?
Brandilyn: The first step, even before redefining treatment, is to create better testing. Too many patients test negative for Lyme under the CDC criteria, then take years before they find a Lyme-literate doctor to administer more accurate tests, which show positive. Meanwhile, the Borrelia have had time to spread throughout the body systems and burrow deep into body tissue, where they’re hard to eradicate. Lyme patients, therefore, face a double whammy. They’re first told they don’t have Lyme—when, if they’d been allowed to catch the disease early, it in fact is treatable with two to four weeks of antibiotics. Then when they’re finally diagnosed months to years later—when the disease will now take long-term antibiotics—they’re denied the long-term treatment.
Jordyn: Are you a proponent of a Lyme vaccine?

Brandilyn: The first Lyme vaccine was a major disaster and was soon pulled off the market. Of course I’d be in favor of a vaccine that really worked. But the medical profession has such a hard time even defining Lyme. It was defined far too narrowly the first time around and is still being too narrowly defined. Hard to create an effective vaccine under those conditions. However, researchers continue to work on it.

We’ll continue this two-part interview on Thursday. What’s your Lyme IQ? Also, for your education, here is a helpful slide slow regarding Lyme Disease. These were interesting to me after reading Brandilyn’s book as some of the myths she is trying to expose are perpetuated in these clips. Can you find what they are?