Recently, I took in the movie Patriots Day starring Mark Wahlberg that follows the events surrounding the Boston Marathon bombing that took place on Monday, April 15, 2013. 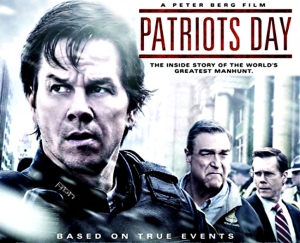 The movie is insightful and entertaining and I don’t think I’ll be spoiling anything by discussing it here. Plus, the issue I’m highlighting really has nothing to do with the events of the actual bombing.

Mark Wahlberg plays Sergeant Tommy Saunders. In the movie, he is suffering from some sort of chronic knee injury. He walks with a limp and is looking to get off patrol for this very reason.

In the aftermath of the bombing, he goes to one of the local hospitals to interview witnesses. He approaches the nurses’ desk and asks a nurse for something for pain. The nurse offers Lortab, a scheduled narcotic, but he declines and asks for Tylenol or ibuprofen instead.

Even in a disaster, a nurse is not going to be handing out scheduled medication for several reasons that I’ll highlight below.

Narcotics counts where there is less drug there than should be are taken VERY seriously. Even in a disaster situation, these would be watched closely. The nurse would not be handed a bottle of Lortab to dispense as she wishes.

Why would a nurse not be able to simply give this police officer Lortab in a critical incident where there is a large influx of patients and things are generally crazy?

1. The police officer is not a patient. Any medical treatment rendered by the hospital should be documented. Now, I could see the nurse tossing him a few Ibuprofen considering these circumstances. In all likelihood, this would be frowned upon but understood. Not so with a narcotic.

2. It is outside the nurse’s scope of practice. Scope of practice deals with what a provider can and cannot do. It is generally determined by the state licensing board where the individual practices. Scope of practice issues tend to be a big pitfall for writers everywhere and I’ve blogged about it previously here and here.  A nurse cannot order medication for a patient without a standing protocol in place— this is a provider function. A nurse also cannot dispense medication— this is the function of a pharmacist. Even with automated medication dispensing systems, there is usually a pharmacy double check before the medication can be pulled from the machine. In an emergency this function can be overridden, but that is highly frowned upon.

Overall, Patriots Day was an entertaining film and most probably won’t even realize this error. However, in writing please keep in mind scope of practice issues. Not every medical provider can do every medical function— even during a disaster.