Today, I’m hosting author Gillian Marchenko. Her book on living with and through depression called Still Life really struck me on several levels and so I asked Gillian if she would stop by Redwood’s Medical Edge and answer a few questions. I’m also giving away a copy of Gillian’s book. All you need to do is leave a comment on this blog post by Saturday April 8, 2017. I’ll post the winner here on Sunday, April 9, 2017. Winner must reside in the U.S.

Thanks so much for stopping by Gillian! 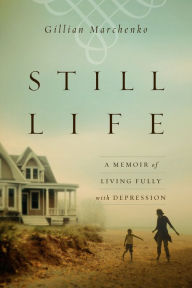 Jordyn: What do you find are some of the common misconceptions about depression?

Depression is not a real illness.

A person is lazy and can ‘break out of it’ if she really wants to do better.

For Christians, many still believe that depression is a spiritual issue. She should ‘pray away depression.’ That depression has more to do with the individual’s sin issues than an actual illness.

Jordyn: Do you feel like these misconceptions are perpetuated in the media? Books, television, and film? If so, how?

Gillian: Yes. People with depression (and other mental illnesses) are often portrayed as ‘crazy’, and disregarded as valued members of society who have dignity and purpose. Countless media outlets use mental illness as comedic material or objects of pity. If a person on the street shows signs of mental illness (talking to themselves or psychosis), people throw a few dimes in their cup and move on. Individuals are put into one box: mental illness. Because of misconceptions, inconsideration, and lack of education, they are not taken seriously. I also want to say, though, that I get it. Mental illness can be scary. Many don’t know how to help or what to do, or even fear for their safety. So, they do nothing. Education helps with these things. But I don’t fault their emotions. 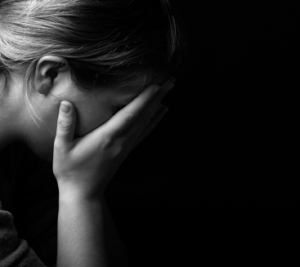 Jordyn: What do you feel like are some frustrations you have in dealing with the medical community?

Gillian: I relied on my primary care physician to help manage my depression for years. The problem was that the doctor did not specialize in psychiatry and therefore, did not know enough to treat me. Once I started seeing a psychiatrist who knew how to evaluate needs and address them accordingly, my treatment became much less of a ‘throw meds against the wall and see what sticks.’ I wish my doctor would have seen that my symptoms were more than a few bad days and referred me to a psychiatrist much sooner.

Also, I’ve found that both my doctor and psychiatrist have gone straight to medication without also encouraging a holistic approach towards health; things like talk therapy, cognitive behavioral therapy, diet and exercise, and spiritual components. After investing in a lot of personal education out of desperation, I’ve sought these various helps out personally and had to inform my doctors on the positive effects produced in my journey through health.

Jordyn: What would you change about our mental health care system?

Gillian: This is a hard question. I’d love to say that I know enough about how the health care system works to provide an educated answer. But I can only go by what I hear from other people and their families who are battling illness.

I’ve heard that families typically have no say regarding a loved one who clearly needs their help in medical decisions unless they have a power of attorney. A lot of times their hands are tied and the person who is sick is in charge. Bad decisions abound. One should be hospitalized, but unless there are claims of self-harm and attempts at suicide, he or she can discharge themselves at any time. I have a friend right now whose husband believes he is a prophet from God. But every time he is taken in for his psychosis, he is lucid enough to play the doctors. They see no reason to commit him long-term and he is released.

I also, think that many doctors, sadly, still don’t take mental health symptoms seriously and buy into misconceptions. But I don’t have data and statistics, so I’m not sure I can concretely contribute to this claim.

Jordyn: What advice do you have for friends or family members who have a loved one with a recent diagnosis of depression?

Gillian: I recently wrote a blog post about this very topic.

In you are an acquaintance, help a depressed friend by:

Reaching out via text or with a card letting her know you are praying for and thinking of her.

Leaving a small gift or a meal (without the expectation that she will open the door).

Praying for them regularly.

If you are a close, help a depressed friend by:

Doing all of the above.

Noticing when she is withdrawing (no longer attending church, events, or other activities he previously participated in).

Taking a little more intentional action when you notice. Call once a week. Text more often. Let her know she is loved and not alone.

Inviting her out without the pressure of acceptance. If you are refused, try again but give it time. It may feed into her guilt and anxiety.

Dropping off a book or another thoughtful gift. For instance: a small box of encouraging quotes and verses.

If you are a very close, help a depressed by:

Doing all of the above.

Reminding her that getting out will help her get out of her head.

Standing there. Don’t give up on her. She needs support in and out of depressive episodes. While depressed, that support may be from afar. When she is doing better, she needs to know that she still has friends, that she isn’t judged, or considered a lost cause.

Being more specific with Bible verses, direct encouragement, and gentle reminders of things that have helped her in the past during particularly difficult episodes. You’ve earned her trust to speak into her life. If you aren’t close enough to her, she will resent it.

Telling someone. If she talks of self-harm or suicide but doesn’t want you to tell anyone, tell anyway.

Thanks so much for your insight, Gillian. I found your book so insightful and it really helped give me new perspective into those who struggle with depression. I highly recommend Gillian’s book, Still Life.