Physicians Take over the Practice 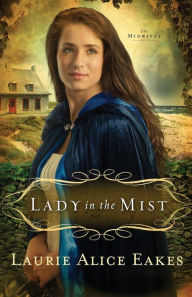 For centuries, even millennia, midwives served as the primary practitioners called in to assist in childbirth. Then a family of ?French Huguenots, established as “man-midwives” invented the forceps, an instrument resembling two spoons with a handle holding them together. The Chamberlain family kept this invention a secret for over a hundred years. When it was sold to, or leaked to the public, other physicians began to use it and midwives began to lose their power over child birth, except in rural areas.

At first, midwives shunned the use of forceps. By law in some places and practice in others, they possessed small enough hands to pull out the baby in difficult births. After a while, though, laws changed and Midwives were not allowed to use forceps.  By the beginning of the nineteenth century, doctors were also using opiates to relieve the pain of childbirth.  Unfortunately, opium, as noted In Martha Ballard’s diary, A Midwife’s Tale, tended to prolong and even stop labor.  In the nineteenth century, ether and chloroform replaced opiates, especially after Queen Victoria allowed herself to be sedated during childbirth.

Lying –in hospitals came into practice, especially for poorer women. These were used as training fields for physicians wanting to deliver babies. Although germs were little more than a myth to medical practitioners until Joseph Lister and Louis Pasture proved their existence and harmfulness in the latter third of the nineteenth century, midwives and physicians made the observation that women who gave birth in hospitals suffered from childbed fever more often than did women who gave birth at home.  Women attended by midwives also had a lower mortality rates than did women attended by physicians.  After all, man midwives often went straight from an autopsy to the birthing chamber without washing their hands.

Why physicians strove to take over obstetrical practice is open to speculation.  Evidence, however, leads one to suspect that the motive was for financial gain.  Being men, thus having more power than women at that time, suppressing female childbirth practitioners was all too easy and financially lucrative.

Author’s Note: This article is adopted from a paper I delivered at the 1999 New Concepts in History conference under the title “Women of Power: Midwives in Early Modern Europe and North America”. My sources vary from newspapers, to diaries, to books difficult to obtain outside of a university library system, as many are hundreds of years old. If you wish to learn more, Google Books has some fine resources on childbirth practices in history. 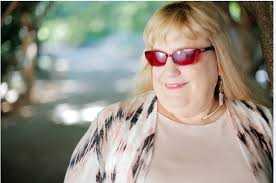 Midwives historic role in society began to fascinate Laurie Alice Eakes in graduate school. Before she was serious about writing fiction, she knew she wanted to write novels with midwife heroines. Ten years, several published novels, four relocations, and a National Readers Choice Award for Best Regency later, the midwives idea returned, and Lady in the Mist was born. Now she writes full time from her home in Texas, where she lives with her husband and sundry dogs and cats.

You can read an excerpt from Lady in the Mist here and discover more about Laurie Alice Eakes at her website.