The NBC detective show Mysteries of Laura might need a new medical consultant. In one of the first episodes of this season we have a boy that’s been kidnapped and of course– he’s a diabetic in need of insulin or he’ll die in short order. 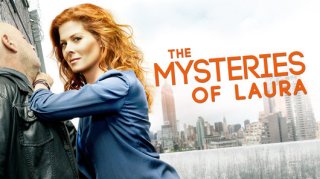 Cut to scenes of distraught parents wringing their hands wondering if the police will get there in time to administer the life-saving medication.

Of course, when they find the young boy, he is unresponsive. One quick insulin shot into his leg and within mere seconds– he’s awake and crying.

This doesn’t happen in real life.

The first thing to understand about why the medical approach to this scenario is bad is to understand why a diabetic who doesn’t have their insulin gets sick. In a Type I diabetic, their body doesn’t produce insulin. Insulin is what moves sugar from your bloodstream to the inner part of your cells for energy so they can function. When there is a lack of insulin, the sugar can’t move from the outside to the inside of the cells and that’s not a good set-up for sustaining life.

As a rescue measure, the body begins to metabolize fat and muscle for energy. The byproduct of this type of metabolism leads to a build up of acids in the blood called ketones. You can also get a build up of ketones in the blood from not eating carbs as well. When you do this, even though you may produce insulin, your body still perceives a starvation state and will enter into the same process.

In the case of the diabetic, the sugar is “stuck” in the bloodstream which is why they have high blood glucose levels. However, the reason a diabetic is so sick is not really from the high blood sugar– it is really from the build up of acid in the blood from the break down of fat and muscle. This is also known as diabetic ketoacidosis or DKA. The more acidic a diabetic’s blood is when they seek medical treatment– the more emergent the condition.

So, in this episode we can assume that the diabetic is in DKA. The question is how long does it take to reverse this process?

In a nutshell– hours– not minutes. If a diabetic comes in unconscious then it will take them some time to regain consciousness after treatment is instituted to lower the acid levels in the blood and of course, by also lowering blood glucose levels.

What would have been a realistic medical scenario for this episode would be for the boy to have trouble with hypoglycemia or low blood sugar. Or, to have it be that the criminals were giving insulin but giving too much of it.

You can still be dramatic using an accurate medical scenario.