This blog is generated from a comment on this post: Medical Myth: Lacerations Need a Plastic Surgeon.

I do read each and every comment to the blog. Usually, I don’t comment on real life medical scenarios but I thought this had several good teaching points that could serve the public good. 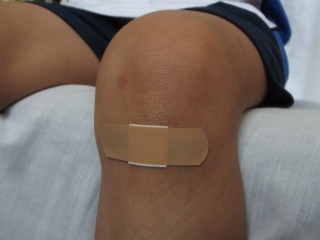 I just brought my 5 y/o into an ED with a puncture wound to the center of his forehead through which you could see his skull. I thought the attending would close the wound, but the resident did under supervision. First year, and it was late July. What are the chances of a good outcome? The attending had to tell the resident that knots were backward, etc. Should I have insisted that the attending close, or that they call plastics? It was a large urban Children’s ER.

As a mother and a nurse, I get the parental anxiety around closing lacerations. The truth is that anything that requires sutures is going to leave a scar. That’s life. Now, how big or thick the scar is depends on many factors. How it was closed. There is a learning curve to closing the skin. Lacerations can actually be closed too tightly which can be as problematic as not bringing the edges close enough together.

That being said, there are many other factors that determine how the scar will look. Does it become infected? How does the patient normally scar? Some people genetically develop very heavy scarring (called keloid scarring) and there’s nothing we can really do about that. Also, after healing, how much is it exposed to the sun?

Now, should you have allowed a resident to suture your child?

From the medical side– students need to learn and must practice, at some point, on live patients. I’m glad this first year was being monitored during the procedure. That’s what should have happened. Knots being tied backwards and needing to be redone doesn’t mean you’ll have a bad outcome. Experienced physicians redo sutures all the time. It’s more the final closure that’s important.

From my nursing/mother standpoint– you have the right to refuse a resident practicing on your child. If you are uncomfortable then absolutely speak up and state your request plainly– “I’m sorry, but I’d like an attending to close this laceration.”

Some people are uncomfortable with a nurse practitioner or physician’s assistant doing a laceration repair and request an attending. Keep in mind, that mid-level provider may have more experience than your attending physician. They may have been in practice four times as long! So maybe ask how many years they’ve been practicing as an attending before you pass over on a mid-level provider.

If you feel that you can’t make this request to the doctor directly, then you need to tell your nurse who should advocate for you.

If you don’t like how the wound healed and the scar it left behind then you can consult a plastic surgeon to investigate a scar revision.