As a medical suspense author I’m always looking for unique phenomenon to write about. Evidently, in Taos, NM and other parts of the world (Bristol, England and Largs, Scotland) there is a hum that can only be heard by a small portion of the population. 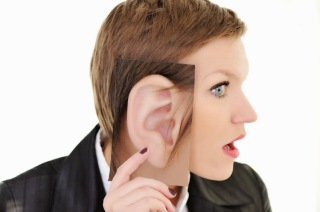 It is so significant, that it has been scientifically investigated, but no source has been found.
What is known about the hum:
1. Only 2% of the population living in these areas can hear the sound. Generally, they are between the ages of 55-70. Perhaps this is due to the structural changes that happen to our ears as we age making them more susceptible to the sound. Evidently, it can be loud enough to rattle some people’s teeth.
2. People who hear it are referred to as “hummers” or “hearers”. And it has driven virtually every one of them to the point of despair. Wow, that’s pretty powerful.
3. The sound is heard mostly at night.
4. People who hear the humming also complain of headaches, nausea, dizziness, nosebleeds and difficulty sleeping.
5. Researchers say the hum is real but generally unexplained.
6. Sufferers resort to using white noise to cover up the humming.
Suspected reasons for the hum– all unproven:
1. The earth’s crust is thinner in Taos. Evidently, very thin. There are also several volcanoes in the area and the theory is the magma flowing under the crust is causing the humming noise.
2. A space ship (yes, this is a theory) crashed into a mountain and is now causing the noise underground.
3. Low-frequency electromagnetic radiation.
4. Tinnitus, which is a medical condition, that causes ringing in the ears. Testing of these people show they have normal hearing.
5. Earth tremors activated by ocean waves.
6. Military Experiments.
7. Submarine communications.
8. Insert your own nefarious reason here . . .
I’m including some videos that discuss this phenomenon. One is a recording of the hum– though I don’t know if it is an actual recording or a manufactured one to resemble what people have heard.
What do you think could be the cause of this mysterious humming sound?
https://youtube.googleapis.com/v/qGHe7rdq0Ds&source=uds
https://youtube.googleapis.com/v/EuRBM0i8mbI&source=uds