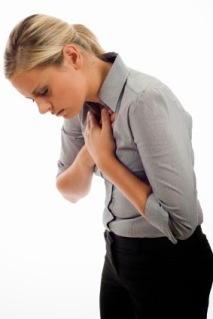 I was watching TV at the gym (can’t remember exactly which tabloid show it was– you know, I’ve got the earphones in blaring music and I’m trying to read subtitles while running!) when a story comes on about a woman who can’t remember her wedding day.

Ok– well that’s a teeny bit unusual. I’m surmising she must have been in a horrible car accident later that day or something.

They go on to explain that this woman suffered from Broken Heart Syndrome for which my eyes roll several times around my skull as I’m sure this can’t be a real medical thing. I mean, tabloid TV, she can’t remember her wedding day, Broken Heart Syndrome— they have totally made this up.

Evidently, they did not.

According to the Mayo Clinic, Broken Heart Syndrome is a “temporary heart condition brought on by stressful situations.” Anyone who has been through planning and actually wedding someone knows how stressful that can be. Because of the release of all these stress (adrenaline) hormones, “the heart temporarily enlarges and doesn’t pump well.” What differentiates this from a normal heart attack is that the coronary arteries aren’t blocked though the symptoms might be similar– sudden onset of chest pain, difficulty breathing and weakness.

Other names it goes by:

It is treatable and symptoms reverse in a couple of weeks. In this woman’s case, however, she suffered cardiac arrest. Her husband was able to revive her but she was comatose for approximately four days– hence losing all her wedding memories.

Be careful next time you throw someone a surprise birthday party. Make sure their heart can take it.