This is my last post on The Psychology of Dexter and some of the posts that I found interesting. You can find Part I and Part II here. 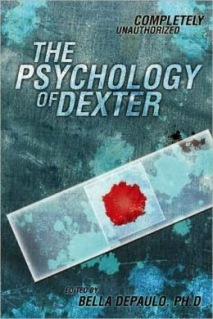 There are two more essays I’d like to highlight. The first being The Psychology of Dexter’s Kills by Marisa Mauro, PsyD.

I don’t know about you but I get confused on the difference between the killer’s MO and his signature and this essay provided good definitions that I thought I’d share here.

The modus operandi, often referred to as MO, are specific actions taken by the perpetrator in order to complete a crime. To be considered part of an MO, an action must be necessary and not superfluous, to carrying out the crime. As the MO is a set of learned behaviors that are used because they work.

Some examples given for signature were:

The last essay entitled Deception by Bella DePaulo, PhD talked about how good loved ones are at perceiving deception. Sadly, not very good at all.

When put to the test, romantic partners in particular are not very good an knowing when their loved ones are lying and when they are telling the truth. The problem is they want to believe that their partners would never lie– especially to them.

Even though sweethearts were hardly better than chance when they were asked directly whether their partners were lying, they did seem to know on some level, that something was not quite right. The strangers did not show as much sensitivity to the more subtle signs that something was amiss.

So– I guess good news and bad news there.

Do you watch the show Dexter? If so, what mental health issues fascinate you about the series?