Since we’re getting into “respiratory season” I thought I’d do some public service/illness education. Of course, you can always inflict your characters with these illnesses.
Just make sure you pick the right time of year. 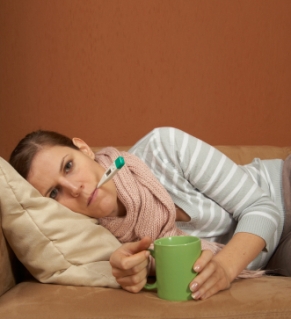 Most often when patients sign in with a complaint of “flu” they are really having vomiting and/or diarrhea. Flu has become a commonplace term for just not feeling well.
If this is the concern you have in bringing your child to the ER they likely have gastroenteritis which is generally caused by a viral infection of the intestinal tract. Your child should be seen in the emergency department for concern for dehydration, if any blood is noted or if they are vomiting bright yellow or green– and this was not caused from them eating a pile of yellow or green crayons.
How do we know you don’t have the flu? Like RSV, flu is a seasonal illness. It comes out to play in late fall and early winter. This is why flu shots are given around September, October and November.
Fine. But it is that time of year. The second reason we know it’s gastroenteritis is that flu is a respiratory illness . . . not an intestinal one.
Influenza is transmitted through droplets by coughing and sneezing. Typical associated symptoms are high fever (generally 102 and up), generalized muscle aches and cough.
In children, what can happen is what we term post-tussive emesis. This is when the child coughs so hard that they trigger their gag reflex and vomit. It’s more a mechanical issue than a viral one.
Do I need to go to the ER? Not necessarily. Fever can be managed with appropriate dosing of acetaminophen and ibuprofen. Remember that ibuprofen should not be given to children less than six months and no aspirin for children under 21 unless specifically prescribed by your doctor. Lots of fluids. Don’t worry too much if they’re not eating but they must drink. They should be hydrated if they are peeing at least every six hours. Don’t just give water. If you have an H2O lover at home at least alternate it with something that has some sugar and electrolytes. This can be Pedialyte or equivalent for children under 2 years and sports drinks for kids over 2. Juices are good but if you are concerned about the amount of sugar you can cut it in half with plain flavored Pedialyte.
Are you getting your flu shot this year?