In the last couple of months, I recently heard a news story about the “Baby Frozen for Four Days”. I don’t know what it is, perhaps it’s the suspense author in me, but I immediately began to imagine those that have had their heads disconnected from their body and frozen until a point in time comes where they can be attached to another disease free body.

And just what happens to those other people who “donate” a whole body without their head? I’m sure there is a suspense novel in there somewhere. Probably already has been.

But I digress. Instead, I’ll keep the vision of Hans Solo in my mind.

Therapeutic hypothermia is actually a reasonable therapy to consider when the medical staff is concerned about potential brain damage.

But to say the patient is frozen is a little bit of a misnomer. If the tissue were truly frozen it would crystallize and be damaged– this would not benefit the patient.

Generally, therapeutic hypothermia is used when there is a concern for brain injury, usually after an anoxic event, which means the patient potentially suffered from a lack of oxygen.

Common situations where this could occur would be during birth (for infants) and after cardiac arrest (for adults) which is currently how the therapy is employed. It came out recently to consider therapeutic hypothermia in instances of pediatric arrest though it’s not widely employed at this time.

The reason therapeutic hypothermia is effective is that it slows brain metabolism and protects brain tissue from oxygen free radicals which are release during tissue injury. 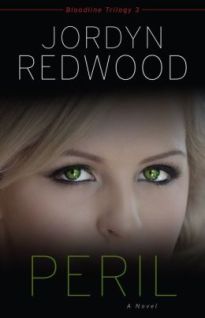 In recent news, however, there were two different instances where infants were placed in therapeutic hypothermia. One was after repair of a complex heart defect where perhaps the infant did arrest or was on bypass for longer than desired– though this is speculation and not stated in the article. Case two was an infant that had a very fast heart rhythm called SVT and I’d not heard of using hypothermia anywhere as treatment for this heart condition.

So keep therapeutic hypothermia in mind for use in fiction after a patient suffers cardiac arrest as I did in my recently released novel Peril— it will definitely add to the tension.

Check out the follow links to read more about therapeutic hypothermia:

1. Infant who had heart surgery.
2. Infant with SVT.
3. Use of hypothermia in infants post traumatic delivery.