HIPAA, the patient health privacy law, is not only a medical/writing hot topic, but evidently a social media one as well.

Here at Redwood’s, I’ve blogged A LOT about HIPAA and writers violation of the act. You can read some of those posts by following the links: Part I, Part II, and Part III.

Let’s look at a recent example that was social media focused and revolved around the Moore, OK F5 tornado that struck on May 20, 2013. 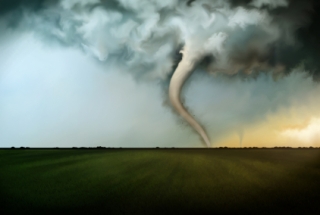 People, in general, want to be helpful. That’s one reason why social media is becoming an avenue to try and locate lost loved ones. You’ll see missing children posters and even teens/adults posting pictures in hopes of finding biological parents that may have adopted them out.

During the crisis in Moore, an “ad” (poster, plea– whatever you’d like to call it) was put up on Facebook stating that a child had been found and said child was located at the hospital and gave the hospital’s number.

What surprised me, honestly, was the backlash of some against this photo decrying a HIPAA violation.

In order to have a full fledged HIPAA violation, medical information has to be disclosed with a patient’s name. Since the sign had absolutely no medical information— there was no violation. Even if it had said the child was a patient (which is did not)— there still wouldn’t have been a violation because it didn’t disclose treatment and/or diagnosis.

This is really no different than calling up the ER and asking— “Hey, is John Doe a patient there?” Giving a patient location is not a HIPAA violation. Saying, “Oh, Yea– Johnny is here and let me tell you— he’s not feelin’ that broken femur after his blood alcohol came back at 0.5” is clearly a violation because you’ve disclosed sensitive medical information.

Let’s cut people some slack– particularly when a disaster strikes their communities. Recognize the heart of what they were trying to do— get parent and child back together.

And let’s all continue to pray for this community.