I’m so pleased to host Dr. David Carnahan who will be blogging every month or so here at Redwood’s. To introduce him, he’s doing a three-part series on the Widow Maker— and I’m not talking black spiders…

Part I about why this medical condition is so deadly can be found here.

“I need to make you aware of a situation.” The Intensive Care Unit Director, Dr. Thomas Winfield, said as he entered my office. “We have an American contractor in the ICU who is having a large anterior wall MI.”

I heard the words “widow maker” in the back of my mind because those were the words used when I learned an anterior wall myocardial infarction was the worst kind to have. “What’s his name?”

“Richard Hall. He showed up at the clinic and collapsed. The ambulance got him to the ER and they started coding him there. We don’t know how long he was down, but we’ve coded him four times since he’s been in the ICU.”

It was here that the ICU director and I were thinking the same thoughts. Will he be a vegetable when he wakes up? If, he wakes up. We could save the heart, but lose the mind.

“Have you called about a special mission?”

He anticipated my question and before I finished it, he said. “They can’t make it until after midnight.”

I shook my head. In the Iraqi desert, all we could do was give him medicine to bust the clot up and wait for transportation to fly him to Germany, but in the states we would send this man to the Cardiac Cath Lab where he would get a state-of-the-art stent.

“I don’t think he’ll make it twelve hours and if he does ….”

Dr. Winfield and I returned to the ICU and saw Dr. Baur running through the advanced cardiac life support (ACLS) algorithms. The team was tense, but composed. When the patient recovered, Dr. Bauer put her card in her pocket. “Great job everybody.” She gave us a weary look as we approached her.

“What was he in?” Winfield asked.

“V tach.” Ventricular Tachycardia is when the bottom two chambers of the heart start going faster than usual and if prolonged is incompatible with life.

“How many times have you coded him?” I asked.

“I’m losing count. He seems to be coding about every twenty minutes.”

“Have you talked with his friends? Does he have family?”

Dr. Bauer looked to Dr. Winfield, who said, “I’ve told his coworkers he’s probably not going to make it. They told me he has a brother who they’re trying to reach.”

The ACLS dance began again. I turned to the group waiting outside the ICU. I needed to have a discussion with them myself. As I approached, the expressions on their faces said everything. He was more than a co-worker; he was a brother. Thousands of miles from home, tons of sand and the threats of a combat zone will do that.

“I am,” said a stocky man with a mustache and goatee. He extended his right hand. “Tim Williams.”

“Mr. Williams,” I said as I lowered my voice to a respectful hush, “it doesn’t look good.” He nodded as did the others crowding around him. “We’ve coded him about five or six times in the short time we’ve had him.”

“Doc, we appreciate everything you’re doing.”

I met his eyes. “I just want you to know that the next plane to Germany probably won’t be able to get here for another twelve hours.” They looked at me, trying to find the meaning in this kernel of information. “I don’t think he’ll make it that long.”

Then, their expressions dropped. 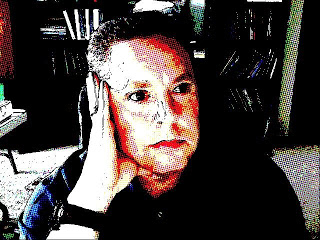 Dr. David Carnahan is a Board Certified Internist, who fell in love with writing while getting his Masters Degree in Epidemiology at the University of Pennsylvania. He has served in the Air Force for the past 14 years as an academic clinician/educator and now works in the area of Healthcare Informatics. He has a wonderful wife and two beautiful daughters, and invites you to read about his life (www.dhcarnahan.blogspot.com), and weekly installments of his current work in progress, The Perfect Flaw (www.theperfectflaw.com).