JoAnn Spears returns to let her nursing prowess diagnose mental illness among long lost monarchs. This series focuses on Elizabeth I and Mary Queen of Scots. Her popular previous series on Henry VIII’s illnesses can be found here:

Parts I and II were on Monday and Wednesday.

A recap of Mary’s career is called for in arguing that she may indeed have had Histrionic Personality Disorder.

·         The infant Queen of Scots, a fatherless political football, is punted to France.

Overall, the etiology of histrionic tendencies is poorly researched.  Early loss of a parent, or unpredictable parental attention, may contribute to it.

·         Adolescent Mary, pampered and acclaimed for beauty and talent, becomes Queen of France. 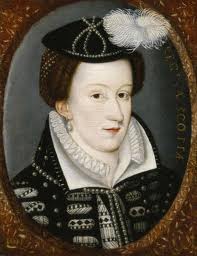 Lack of constructive criticism and discipline may lead to the emergence of a histrionic personality in adolescence.  The pubescent Mary was almost universally doted on. Interestingly, her mother-in-law, that clear-sighted Machiavellian survivor Catherine De’Medici, was not nearly so sanguine about the burgeoning Mary.

·         ‘Frenemy’ Mary makes cousinly noises toward Elizabeth I, Queen of England, while touting her own superior Catholic claim to Elizabeth’s throne.

Dramatic statements and lack of sincerity are strongly associated with the histrionic type.  Being easily influenced by others is also characteristic; some aver that Mary’s strike at Elizabeth was incited by her scheming French relatives.

·         Tragically widowed, Mary returns to backward, barbaric Scotland to reign.  She and the unruly Scots clansmen learn the meaning of cultural clash.

Mary made the histrionic decision in choosing not to subdue the flashing of her considerable beauty, style, and elegance at the austere and Puritan Scots court, damaging her chances of political success.

·         Wanton Mary, marrying in haste, repents at leisure, heavily pregnant, when her profligate husband helps murder her Secretary, Rizzio, right before her eyes.

Perceiving relationships as being deeper or meaningful than they are, or entering too deeply into shallow relationships, comes with the histrionic territory.  Clearly, Mary’s initial assessment of her relationship with Lord Darnley was far from accurate.   Likewise, she couldn’t or wouldn’t see how extreme and inappropriate the favoritism she showed her exotic Italian secretary was perceived by those around her.

·         Desperate Mary re-widowed via a remarkably sloppy murder.  The murderer, Bothwell, is believed to be in cahoots with Mary, if not her lover.

Dependency, the primrose path to getting others to do one’s dirty work, goes hand in hand with histrionic personality disorder.

·         Mary is abducted and raped by Bothwell; even her supporters are confused when she marries him shortly thereafter.  The legendary ‘Casket Letters’, written by Mary at this time, muddy the waters even further.  Political mayhem ensues; Mary is captured by the Scottish clansmen.

Histrionic individuals are known to rashly shift from one perspective or plan to another.  This can put them in the way of situations and relationships that are unstable or even threatening to their well-being or safety.

Histrionic communication comes across broad and vivid, creating an abstract-art, paint-can canvas of feelings rather than a crisp, clear snapshot or a delicately layered oil painting. In light of this, the heaving emotion and incidental minutiae of the Casket Letters comes as no surprise.
·         Charmer Mary wriggles out of Scotland and over to England.  Bothwell legs it to Denmark, where he dies after years spent chained by the ankle to a stake in a miniscule basement cell.

Darnley, Rizzio and Bothwell were not the only men who came a cropper in Mary’s wake.  The poet Chastelard was executed for romantically hiding under her bed.  England’s prime nobleman, Norfolk, was brought low by scheming to marry her.  Her sex appeal blasted the career and marriage of Lord Shrewsbury, her eventual jailor. Lack of concern for the impact of one’s drama on others highlights the histrionic trajectory.

·         Mary is imprisoned in England; her earlier claims to the throne of Elizabeth I have come back to haunt her. For years, she is moved from prison to prison by her jailors, and feels justified in plotting with politicos across Europe to assassinate Elizabeth I.  She is a poor plotter, though, and falls for a sting operation known as The Babbington Plot.

Histrionic people have a strong need to be at center stage.  Fading into background, keeping a low profile, and having only a bit part to play do not sit well with them.  Mary could not allow herself to be forgotten by the European political world.  She did all she could to stay on stage with them, even at risk of her own life.

·          Mary, touting herself as a Catholic martyr, is executed by decapitation; her terrier dog is found hiding in her skirts at the scene and dies a few days later from grief.

Constant seeking of the approval and reassurance of others rounds out the histrionic personality.  Mary, with histrionic insouciance, took herself from screaming drama queen to subdued sainthood without blinking.  Such sainthood would bring her the approval of Catholic Europe, and ultimate vindication both from heaven and earth. 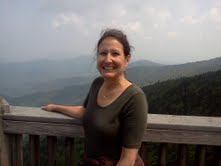 JoAnn Spears is a registered nurse with Master’s Degrees in Nursing and Public Administration. Her first novel, Six of One, JoAnn brings a nurse’s gallows sense of humor to an unlikely place: the story of the six wives of Henry VIII.
Six of One was begun in JoAnn’s native New Jersey. It was wrapped up in the Smoky Mountains of Northeast Tennessee, where she is pursuing a second career as a writer. She has, however, obtained a Tennessee nursing license because a) you never stop being a nurse and b) her son Bill says “don’t quit your day job”.