My brother works in the next county over as a deputy sheriff. I always say a writer is blessed if they have a law enforcement officer and a medical person in the family. That helps cover a lot of manuscript issues. My brother does patrol so, at times, he’ll bring a person in custody to the ER for drug testing. After a frustrating interaction with the ED staff, I’ll get an irate call from him, “Why did the ER do that!” Most often, it has to do with making him wait. 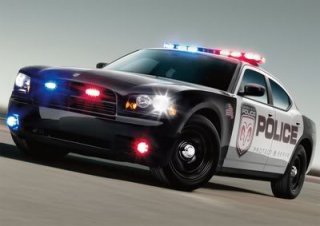 Personally, I have a great respect for the police and know their time is valuable as they would rather be on the road than stuck in the ER. Most areas of conflict come up when we don’t understand the other’s work. ER nurses get upset with the floors when they don’t take an admission quickly because we can’t stop what walks into the department even if we close to ambulances. The floors think the ED didn’t do enough of an evaluation and left too much for them to do. Nearly every agency that receives and hands-off people to someone else has sources of conflict– this is guaranteed.

When my brother called to complain about how long he’d had to wait for his prisoner to get his lab work, I immediately wanted to defend the ER workers.

These are the first things I thought.

1. The prisoner is a low priority. We’re going to take care of sick patients first. The higher the acuity in the ER, the longer the wait time is likely to be. We have to save lives first.

2. Confusion on what needs to be done. I remember this from my adult ER days. We’re not drawing blood or doing drug testing on prisoners every day. Since it’s not something done often, there are likely questions on the proper procedure. We’re going to want to make sure it’s done correctly, particularly if it goes to court. The delay could be the staff actually researching how to handle the situation (what tubes to put the blood in and what paperwork to fill out).

3. The prisoner has a babysitter. I know that’s a horrible term for a police officer. Generally, a police officer cannot leave someone who is in his custody. So, as the ER staff, we know there’s an extra set of eyes on that person and we will worry less about something happening to them.

What other sources of conflict do you see? Have you written a scene with a mix of ER and law enforcement?