We’re returning to our Monday, Zombie Fest. Remember, leave a comment on any of Dale’s posts and be eligible to win two zombie books by David Moody and K. Bennett. Drawing Oct 31st! Must live in the USA.

In my up coming zombie story, The Smell of the Dead, a group of scientists are now on the run. Their lives are in grave danger from their former employers. They make a plan to fake their deaths and take one last adventure.

High on the slopes of Mount Everest, foremost infectious disease expert Terry Marshall leads the group  to their dream summit, and to a new life, one where they can live without looking over their shoulders. However, a plan is in the works. One of them isn’t who they seem, and a deadly zombie virus is transforming inside one of the members.
About the Virus

﻿ The zombie virus is a combination of MRSA, Lyme disease, Morgellons Disease—or  Elliot’s Disease—or Worms-Under-Skin Disease, and the flu. At this point it is a mystery, but it is believed that there are several hundred different DNA strands of other viruses inside one zombie virus.

What made me decide to use a virus instead of the supernatural trend dating back to George Romeros, was the fact I love viral story lines. Even before the movie Contagion. Secondly, my mother who has always been a health nut (in a good way) told me about Morgellons and once she mentioned the symptoms I knew I had to use it in my story.
One of my favorite authors, Brandilyn Collins, wrote a book called, Over the Edge. A wonderfully written story about Lyme Disease. Along with her book, she posts articles about people who have suffered from Lyme, giving me even more ideas on splicing it with Morgellons.
Then the last thing that sparked my interest, I am on a conservative preparedness forum. Though I am rarely on there these days, aside from a lot of pointless bickering, there a lot of good articles on things to be prepared for. One of which, viral outbreaks.
I have read one in particular from a poster who was talking about expecting high death rates over the Swine Flu (H1NI). Although there was indeed a death rate, and a larger one than the media was allowed to talk about, it wasn’t near the scale that he had feared. But this article did do a great job at getting to the point on how something like a virus can destroy a world. Though that was only part of the post.
This man made a lot of good points. He is a survivalist, he is brilliant about economics, has even been on interviews discussing the current economy, and is working on a post apocalyptic story to one day publish. But, let’s just say that maybe he was wrong about which virus would cause a huge scale death toll, but not about the death toll of a viral outbreak.
In the past ten to fifteen years, scientists have been dropping dead.  Some are nuclear physicists, others are microbiologists. And the deaths only seem to rise. There is something going on that we don’t know about. While some of the scientists can be chalked up to natural causes or events from their own mistakes, a lot of issues raise doubts about how they died. And the fact that so many have perished makes one wonder if there wasn’t foul play.
Next week I will break down Morgellons Disease, MRSA and Lyme Disease. The week after that, I will bring them together as the zombie disease.
Thank you for reading!
******************************************************************************** 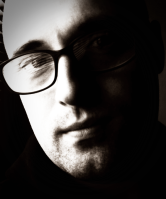 Author Dale Eldon lives in a Macomb, Illinois, and takes care of a sick mother while working overnights at McDonald’s. He spends his free time with loved ones and writing his butt off. Between blogging and writing anthology submission calls, he is currently working on a zombie trilogy for a series of novellas and a novel.