Lacy concludes her four-part Friday series today on western medicine during the 1890’s. It’s been a pleasure to have her and I hope you’ll check out her novel. Lacy, best of luck and many blessings on your writing career. I hope you’ll stop in again. 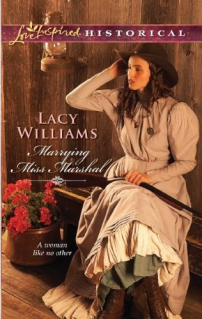 I hope you’ve enjoyed the excerpts from Marrying Miss Marshal that I’ve shared the last three weeks. This week, I thought I’d talk a little bit about my current project, which is now on my editor’s desk (hopefully soon to be bought!).

The story is set in the same time period and area as Marrying Miss Marshal but with different characters. In it, the hero has several adopted children and one of them falls off a ladder in the barn and breaks his leg. Because of this, the hero has to rely on the heroine’s help or he risks losing the hay he needs to put up to make it through the winter.
FRACTURES
In the reference Family Physician: A manual of domestic medicine, it is recommended that only medical doctors be allowed to treat fractures, otherwise the results could be lost of use of the affected area (finger, limb, etc.).
However, according to Bleed, Blister and Purge, if there was no doctor available, the only choice was for the homesteader or whoever it was to do their best to repair the broken bone. Treatment included splinting and then wrapping with surgeon’s plaster to put the limb in a cast. I would assume that sometimes in this case, the fracture would not be set exactly right and probably resulted in loss of some functionality of the arm or leg. However, in my story, I did choose to make a doctor available to help.
Here’s an unedited excerpt from my current project. Enjoy!
Penny found the house dark, and a bent-shouldered Jonas sitting on the porch steps. The lightening sky provided enough light to see his head was between his hands. Was he sleeping?
“Jonas?” she called softly and his head jerked up. Not sleeping, then. “Everyone all right?”
He stood and raised a hand to the back of his neck, half-turning from her so she couldn’t see his face.
“Yes. The doctor arrived just after you left—”
“After you made me leave.”
“—and set Maxwell’s leg. It’s splinted now with a plaster cast. He’s supposed to stay off it for a few days—or as long as I can keep him down.”
“Did he get any sleep last night?”
“Doc gave him some pain medication, knocked him right out.”
She couldn’t resist reaching out to touch his arm. He jumped at the contact but didn’t pull away.
“And you?”
He shook his head, ran his other hand down his face. “Couldn’t get my mind to quiet. We’re already behind on the haying, and with the Sumners’ fields to cut, too—without a driver—without Maxwell, I don’t see how we’ll finish.”
“Can you hire someone else?”
He was shaking his head by the time she’d finished her question. “Everyone’s hired out for the season. It’s not likely.”
“Well, what about Poppy?” As she said the words, she thought about her grandfather’s continuing exhaustion, though he’d been trying to hide it from her. “No, he probably shouldn’t be out in the sun all day.”
“There’s no one…”
She’d never heard Jonas so disheartened before. She knew part of his defeated attitude was because of his worry for Maxwell and loss of sleep. Maybe that’s why he’d overlooked the last obvious answer.
“What about me?”
Copyright © 2011 by Lacy Williams.
REFERENCES:
Family Physician: A manual of domestic medicine (1886) is available in the public domain on Googlebooks:
(Treatment of fractures begins page 717)
http://books.google.com/books?id=C1IpAAAAYAAJ&source=gbs_navlinks_s
Bleed, Blister and Purge by Volney Steele, M.D. (2005)
CONTEST REMINDER
Don’t forget to leave a comment to be entered to win a copy of Marrying Miss Marshal and three other Love Inspired Historical books. You’ve have until 11:59pm EST to comment and I’ll be drawing a winner tomorrow! Full contest details were posted June 30th.
*********************************************************************** 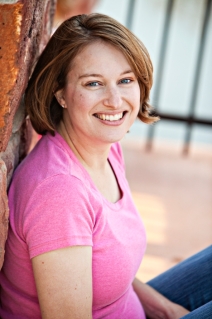 As a child, Lacy Williams wanted to become a veterinarian “when she grew up”. However, the sight of blood often made her squeamish so she gave up that dream before her teen years. As a college student, Lacy was a physical therapy major for approximately two weeks—until she found out she’d have to take a cadaver lab to complete that degree plan. As a writer, Lacy has finally found a way she can handle blood and gore—fictionally.
A wife and mom from Oklahoma, Lacy is a member of the American Christian Fiction Writers and is active in her local chapter, including a mentorship program she helped to start. She writes to give her readers happily-ever-afters guaranteed and mostly reads the end of the book first. You can find out more about Lacy at her website http://www.lacywilliams.net/. She is also active on Facebook (www.facebook.com/lacywilliamsbooks) and Twitter (www.twitter.com/lacy_williams).