Kathleen Rouser is wrapping up her four-part blog series today on her research into pharmacy. Thank you so much for this wealth of information. I know I learned a lot!
“Patent” medicines often claimed to be the cure all for what ailed you, especially if you were a woman. However, a large portion of the ingredients weren’t necessarily what the consumer would have expected. Lydia Pinkham’s Vegetable Compound contained high amounts of alcohol and Dr. Pierce’s Favorite Prescription Tablets were laced with opium! They might have made the patient feel better for a time, but they didn’t cure anything.

The old saying attached to Lydia Pinkham’s Vegetable Compound was “a baby in every bottle”.  Whether childlessness, menstrual cramps or moodiness plagued a woman, they often turned to such a well-known remedy. Though it contained herbs known today for helping with such hormonal complaints, it was likely the high alcohol content that calmed the nerves and dulled the pain.  Even women in the temperance movement were fooled by wholesome advertising.
While Dr. Pierce’s Favorite Prescription was also for women’s complaints, he didn’t hesitate to come up with a variety of nostrums. His business, with its “world dispensary” in Buffalo, New York, in the early 1900s, was very profitable.

During the 1800s, it wasn’t uncommon to see a poster for such so-called panaceas as Hamlin’s Wizard Oil, claiming that it was the “Great Medical Wonder. There is no Sore it will Not Heal, No Pain it will not Subdue”. (Facklam 19)
The term “patent” medicine originated from a British practice abolished by law in 1624—the purchase of royal favor to increase one’s competitive edge in the market. Later, in America, patents were given out for the design of the package rather than its contents! Not until the Pure Food and Drug Act of 1906 was passed did federal law regulate ingredients.
Purveyors of such concoctions only had to display a mail order certificate or license stating they were doctors were often enough to gain the buyer’s trust. The word “Indian” added to the title of the medicine lent even more credence to the product. Traveling medicine shows, often with Native American themes, stirred the dust of sleepy towns, bringing the excitement of music or other forms of entertainment. They drew the wary buyer and increased purchases through these means.
Snake oil was touted as a liniment for rheumatism by a famous Montana rancher and became a popular ingredient. Another liniment, containing turpentine and hemlock, was used on horses before being sold to humans. Some pills were supposed to be good enough for both–just double the dosage for horses! (Facklam 21)
While some remedies sold during the second half of the 1800s may have contained herbal preparations passed on by generations before, most of them likely dulled the customer to their pain and other symptoms through large alcohol or narcotic content. The symptoms could then be ignored, causing further illness and the misery of addiction, rather than alleviating sickness. Even the popular beverage, Coca-Cola, made consumers feel good, because of its cocaine content, from 1885-1890.
Patent medicines were often found on the shelves of trusted local merchants and druggists, well into the 20th century, though with less addictive ingredients by that time. Human nature causes people today to look for the perfect panacea.  Like the consumer of the nineteenth century we are often hopeful to find nearly instant results and avoid a trip to the doctor. At least today, we have plenty of accessible information to research, whether by looking for clinical trials or other evidences before making a purchase. Our ancestors were at quite a disadvantage in that area.
Will some of today’s medications and supplements, with their flashy advertisements and promises, be eventually looked upon with the same humor and distaste we find in the patent medicines of over a century ago? 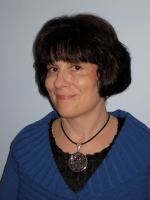 Kathleen lives in Michigan with her hero and husband of 29 years. First, a wife and mother, she is “retired” after 20 years of home educating their three sons, who are all grown and have moved away. Since then, Kathleen returned to Oakland Community College to complete a Liberal Arts degree and a certificate of achievement in ophthalmic assisting. Last year the American Board of Opticianry certified her. Kathleen has been published in Home School Digest and An Encouraging Word magazines. She writes regularly for the local women’s ministry “Sisters” newsletter. She also contributes articles and author interviews to FavoritePASTimes.blogspot.com, a blog devoted mostly to historical fiction. Read about her fiction writing endeavors at: www.kathleenrouser.com.