In Episode Two of the new NBC show New Amsterdam, there are some pretty amazing claims about two specific laws. Keep in mind, I’m not a lawyer, and this blog is for fiction writers so you might be interested in doing your own research, but these are my thoughts on these “two laws”. 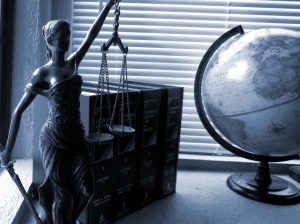 Law #1: In one scene, a man is standing outside his room complaining that he must choose between his wife’s care and a car— eluding to how expensive the medical care will be and that the hospital won’t tell him how much it is. Dr. Goodwin says in passing, “Congress actually made it illegal for hospitals to disclose prices to you.”

Having worked in health care for twenty-five years, I understand how frustrating this can be and there definitely needs to be reform in this area. However, let me give some insight into why it is hard for hospitals to give you an exact price up front. Simply, humans are not machines and often do not medically act the same in every situation.

Let’s say your child comes in for stitches and we tell you it costs “X” amount. This assumes your child only needs a topical numbing agent for the procedure. However, your child is not on board with the medical plan and won’t hold still for his stiches so a decision is made to give them some sedation— and the topical medication isn’t enough to numb the site so we then have to inject a medication. Since the child received sedation, now there’s increased monitoring time to make sure the child is okay to be discharged home. Things like this happen every day in healthcare.

The problem is when you quote someone a price, they want to (rightly so) hold you to it. When you can’t, then it creates dissatisfaction for both the patient/family and the hospital.

Despite this, I could not find any such law that congress has passed that prohibits a hospital from disclosing prices. I think the reluctance is on the side of the hospital for the reasons I mentioned above. In fact, there seems to be movement legislative wise, in the other direction for more transparency. You can read the American Hospital Associations thoughts on it here.

Law #2: A young boy is brought in for psychiatric treatment and the psychologist on staff believes he’s being overmedicated and wants to wean him off all his meds. Quick note on that— not sure why a neurologist would be involved in this process. A psychiatrist, yes.

There’s a statement made regarding the Prohibition of Mandatory Medication Amendment of 2004. As from the link, this law does exist. Put very simply, a school cannot force a child to take medication to receive educational services. However, in the show, it’s stated that the school can force a child to take meds for educations purposes if the mother has signed an IEP otherwise known as an individualized education plan.

I could not find any source to support this statement. This blog post written by a mom who seems familiar with this issue would be a good one to read. Do I believe that schools try to “strongly suggest” that kids are medicated. Yes, I do. However, I don’t think it’s supported by law.