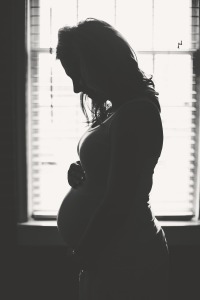 Can you test a blood sample to see if the person who left the blood behind is pregnant?

For most traditional tests, it would require a fair amount of blood be left behind in order for perform a pregnancy test. The blood would also need to still be in liquid form rather than dried.

It’s not something that would be done for a variety of reasons, not the least of which is that samples are usually conserved as much as possible for forensic testing. So while it’s possible with the right set of circumstances, it likely wouldn’t be done since the blood would be used for DNA testing rather than diagnostic testing.

Amryn Cross is a full-time forensic scientist and author of romantic suspense and mystery novels. Her first novel, Learning to Die, is available on Amazon. The first book in her latest series, loosely based on an updated Sherlock Holmes, is available for pre-order on Amazon. Look for Warzone in January 2015. You can connect with Amryn via her website, Twitter and Facebook.

I am writing a book and hoping you could help me with a question I have. Would a cop’s DNA come up in the system if it is collected from a rape victim ? 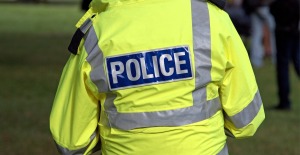 This is a very intriguing question you ask and I actually had to go to my brother (thanks, Karl!) who works in law enforcement as a detective for the answer.

What follows is his take.

When cops are hired their fingerprints are taken. If their DNA was needed to differentiate their DNA from another person’s at a crime scene they would do so, but it’s not a routine thing.

Lots of cops are former military and I would say in the last twenty years if you served then your DNA would be on file somewhere. I don’t think it would be part of CODIS (the Combined DNA Index System) though because that’s only a criminal database.

If a cop was suspected, I’m not sure there would be a backdoor way to get his DNA profile from one of those sources I mentioned (military or CODIS). Officers working the case could easily swab something like his patrol car, computer keyboard, or something else owned by the department because there’s no expectation of privacy there.

In the last ten years or so a lot of jurisdictions are collecting DNA from any person arrested on a felony. The court orders it. I’m sure there have been challenges and as far as I know it has been held up.

Also, anytime there’s a new submission to CODIS, the profile is automatically checked against unsolved crimes. When police take DNA from a crime scene with no suspect, they submit the profile to CODIS and it goes on record. Later, if someone is arrested for a felony and their DNA is submitted to CODIS, now matching a name to the profile, it could clear the older case.