This is part two of three in analyzing ONE episode of the CBS drama hostages. You can find the first part here. 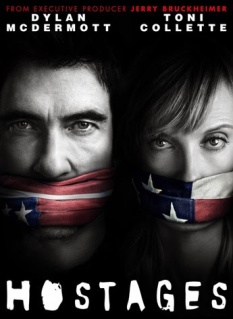 Last post I blogged about why a paralyzing agent wouldn’t kill a person during surgery.

Now, let’s examine why Ellen’s treatment of the injected poison is suspect as well.

When we left him, our primary hostage taker had a needle full of the paralyzing agent stuck in his chest but only a small amount had been given. He was symptomatic as evidenced by some weakness.

The good doctor says, “We need to cut it out.”

She then proceeds to remove the syringe, slice open his chest in the area the needle was, and then thrust his entire body in ice water.

This reminded me of a first aid kit I used to have that had a snake bite kit in it and it looked just like the photo. The green thread is supposed to function as a tourniquet to keep the poison from traveling. The ampule is iodine to clean the area. The blade is used to cut an “x” through the skin and the green plastic parts are to extract the poison. The rational behind this treatment was to get the poison out before it entered the bloodstream. I guess the rationale for thrusting the hostage taker in ice water is to slow his metabolism down to prevent the poison from traveling as well.

This method of poison extraction has been proven false. Poison or infectious type agents can rapidly enter the bloodstream and in fact, some have postulated that cutting the skin increases blood flow to the area and hastens absorption. As this article also explains that studies show the commercially available suction devices remove “virtually no venom”.

This article also discussed icing the site– again the rational being slowing the metabolism will keep the venom from traveling but what can happen is that you get frostbite injury from the ice and it may concentrate the poison in one place causing more tissue damage.

Seriously, medically speaking, the CBS drama Hostages is becoming that car accident I can’t avert my eyes from. This episode had me doing some serious eye rolling– one of my eyes may have actually rolled away from me at one point. I have since recovered it so don’t worry. 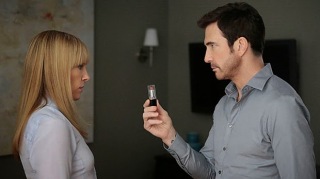 During episode 7– the husband is left alone with the primary hostage taker and his primary goal is to do him in. What remains in the house is the “colorless, non-traceable, fast-acting poison” that was contained in a lipstick holder for Ellen to give the President during surgery.

Hubby finds it, a needle and syringe and draws up the medication. At the end of this episode he manages to put it into his chest and pushes in a little of the medication.

Enter the hero doctor who is now convinced that he must live or all of her family will die.

She asks him, “What is the poison?”

He says, “A rapid-acting paralyzing agent.”

At this point, I’m going to beg the producers of this show to either get a new medical consultant or hire one. Because, whoever is advising them doesn’t know anything about WHY this wouldn’t kill the president during his operation.

Paralyzing agents don’t stop your heart from beating. I’ve blogged here before about the unique characteristics of heart cells. They have their own automaticity. Paralyzing agents work at the neuromuscular juction to stop the muscles from being able to contract. Your heart muscle is different from this system but your diaphragm is not which is the primary muscle used for breathing.

The reason a paralyzing agent will kill you is that it stops the contraction of your diaphragm muscle and therefore you stop breathing. Obviously, if you’re not breathing you’re going to die so to save your life we have to provide rescue breathing and preferably oxygen.

In surgery, especially the type of surgery the president is having which is a lung surgery, he is already going to be intubated and bagged with oxygen to keep him alive. The injection of a paralyzing agent (of which he may already have some on board to get him intubated) would have a net ZERO effect.

You can read more about neuromuscalur blocking agents here.

So– it is fiction people and someone in the military wants him gone. You can’t invent an odorless, rapid-acting, undectable poison and give it a cool name?