One of the aspects I find most fascinating about the two individuals that returned to the USA for treatment of Ebola virus is the experimental serum both of them got called ZMapp. Before these two U.S. citizens became ill– the serum had never been tested on a human subject. Ever. Before this, it had only been tested in eight monkeys. It was far from sure that the drug would actually work. 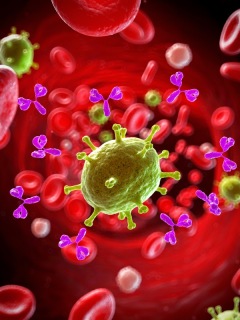 There’s a lot about this Ebola outbreak that is fiction worthy and definitely has my author wheels spinning. Bringing infected patients onto U.S. soil. Do you think this five month long outbreak got media attention because three U.S. citizens were infected? This is what one editorial piece theorizes. Add to that the largest Ebola outbreak in recorded history. And on top of that, an experimental, life-saving serum tried in humans for the first time.

ZMapp was given to both these patients overseas. According to this editorial, Dr. Kent Brantley felt he was close to succumbing to the disease when he was given the treatment and had such an impressive response that he was able to walk from the ambulance when he arrived at Emory Hospital. Nancy Writebol’s symptoms also improved though she required two doses.

Some of the ethical questions posed in the piece are whether or not it was fair to just give the drug to these two people? Wouldn’t it have been better to give it to everyone infected? Why wasn’t something tried sooner for the existing patients? The CDC states there are few doses of the treatment available. Experimental drugs are not produced in large quantities. But the other issue always is, are people who are near death able to give true informed consent? Does it even matter if they’ll die? In the case of these two individuals the FDA allowed it under a compassionate exemption.

ZMapp is an engineered monoclonal antibody designed specifically to attach to the Ebola virus like your immune system normally would. In the case of the two U.S. citizens, mice were used to generate the antibodies. Tobacco plants are also being used.

To learn more about ZMapp– check out this video.