I have read some of your posts and I am wondering if I could please have some help regarding a book I am writing. I have three scenes in my book that are in a hospital. The background story is that a girl gets notified that her mom and sister have been in a car crash. Her mom has died and her sister is currently in surgery. Is it right that a police officer comes to her house and lets her know or does something else happen? 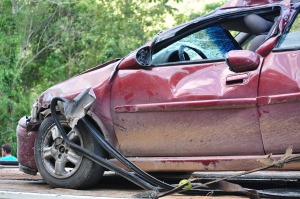 After she finds out she faints, and hits her head. I don’t want to make this part sound too serious. However, I still want her to go to the hospital. So what floor would she go to? How long would she stay?

Lastly, the third scene is where the sisters see each other after surgery for the first time. She is paralyzed. How could she communicate with her?

Thanks, Themelina, for sending me your questions.

We don’t generally like to give death notifications over the phone. I’m not saying it’s not ever done, but not preferred. We would likely call the family and ask them to proceed quickly, but safely, to the hospital. This might also be preferred because the sister is requiring surgery and except in the most extreme cases surgeons generally like consent before they operate. If there is not a parent to give consent (you don’t mention a father in your scenario) it could fall to the sister, if she is eighteen or over, to give consent for her sister’s surgery.

Question #2: People who pass out and hit their heads are rarely admitted to the hospital. I’m assuming you want this sister to suffer some form of concussion. She gets the awful news about her family, passes out, hitting her head in the process. If she wakes up rather quickly (a few minutes or less), is oriented to person, time and place, and doesn’t show neurological signs of a brain injury that might require surgery then she would get a physician evaluation, a few hours of monitoring to be sure her symptoms are improving, and then she would be discharged home. There would also be no need to wake her up through the night. This is a myth.

Question #3: You don’t specify in your question the level of the sister’s paralysis. Her ability to talk will depend on the level of paralysis. Patients paralyzed from the neck down are, at least for a while, on a ventilator. When a person has a trach, there are special adapters for the trach that allows people to talk. However, a trach is not placed at the beginning and it takes time for a person to learn to talk with the special valve. If she is on a breathing machine and can’t write (because her arms are paralyzed), but is awake and can understand questions then we use a system of eye blinking for responses. One blink for “yes”. Two blinks for “no”. And obviously more simply phrased questions.

Hope this helps and good luck with your story!