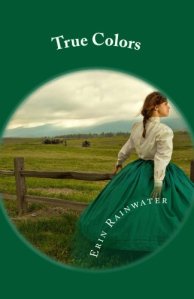 This year marks the Sesquicentennial (150-year anniversary) of the beginning of the Civil War. If you’ve never studied it much, I recommend you use these four commemorative years as an incentive to expand your knowledge of it.

That war was a watershed time in our nation’s history like no other event before or since, in war or peacetime. It even changed the way citizens referred to their nation. From the time of the Revolution until then the country was thought of as a collection of independent states. Shelby Foote, the Civil War historian who made you feel like you were there, said that prior to the war people would say, “The United States are…” As a result of the war, it was grammatically spoken as “The United States is…” That’s what that war accomplished, Foote said. It made us an is.

There are many interesting facets regarding the standards of medical care and how it was delivered back when we were still an are. Some of what we read about seems barbaric to us now, yet American surgeons were up to international standards of medical science of the time. Furthermore, as often happens in time of war, this conflict quickly propelled physicians into the role of leaders in medical and surgical breakthroughs.

Prior to the war, cleanliness was regarded as insignificant except in respect to gross contamination by foreign matter. Surgeons operated in street clothes or donned a surgical apron. They might wipe bloody and pus-laden instruments on their aprons or a rag, but washing them wasn’t routine. Clean linens and washed hands were statistically proven to be of value but rejected as non-scientific.

Medical school in the 1860s was normally two years long. Microscopy was taught, as was the cell theory of tissue structure. Tissue samples were stained and analyzed, urinalyses and stool studies were performed.

The primary anesthetics available were ether and chloroform, each having its pros and cons. Chloroform was non-flammable, which made it preferable during the war when gunpowder was lying about and bullets flying about. It was also faster acting. On the down side, it was easier to overdose a patient with chloroform, and anesthesia-related fatalities were higher. Surgeons and attendants, however, were more easily overcome by the vapors of ether while performing surgery.

At the outbreak of hostilities, there were few military physicians, fewer military hospitals, and lack of a hospital corps. Nursing and other duties were performed by soldiers temporarily assigned to hospital detail, and who were not necessarily qualified nor of upstanding character. After the fighting began, civilian doctors flooded into the military system. Others chose not to join up but worked as contract physicians. Doctors not only were required to be skilled but were expected to organize, equip, supply and administrate their hospitals. The enlisting, training and disciplining of subordinates was also in their job description.

Female nurses were rarely tolerated. They were believed to lack the physical strength to help wounded men, and especially in the South they were considered too delicate and refined to assist a rough soldier in bathing and tending to personal hygiene. It was generally conceded, however, that women were more attuned to the emotional needs of the sick and more skilled at “sanitary domestic economy.”

As word of Florence Nightingale’s notable work in the Crimean War spread, women’s abilities in the field of nursing became more widely acknowledged. Some American physicians who had gone to the Crimea to assist the British came home reporting that the female nurses were undeniably competent and able to care for soldiers with war-related wounds and illnesses. It was finally becoming more seemly for females to care for male patients. Their pay, however, was half of what civilian male nurses received to care for military patients. In my novel, True Colors, Cassie Golden receives the standard pay for civilian female nurses working in a government hospital—twelve dollars a month plus meals. That is for twelve-hour shifts, usually five days per week but often more. And she was glad to have it.

Erin Rainwater is a Pennsylvania native whose trip to Gettysburg when she was twelve enhanced her already deep interest in the Civil War. She attended Duquesne University in Pittsburgh, and entered the Army Nurse Corps upon graduation.  Serving during the Vietnam War era, she cared for the bodies and spirits of soldiers and veterans, including repatriated POWs and MIAs. Now living in Colorado, she is a member of a Disaster Medical Assistance Team, and has been deployed to disaster areas around the country. True Colors is partly based on her military and nursing experiences as well as extensive research. She also authored The Arrow That Flieth By Day, a historical love story set in 1860s Colorado, and Refining Fires, a uniquely written love story that was released in July, 2010. Erin invites you to visit her “virtual fireside”.