I’m so thrilled to have author Sarah Sundin here this week. If you’re looking for information surrounding WWII, check out all of her posts. Recently, she did a series on WWII nursing. They’re an excellent resource.

Lieutenant Doherty wrote on the clipboard while the mercury rose, and Jack glanced around the Nissen hut, which was like a giant tin can sawed in half. Four coal stoves ran down the aisle, with ten beds on each side, only eight of which were occupied. Jack didn’t mind the extra attention.

In the Wings of Glory series, my B-17 pilot heroes keep getting injured and hospitalized. If you’re writing a novel set during World War II, your soldier characters may need treatment, and you’ll need to understand how and where patients were hospitalized. 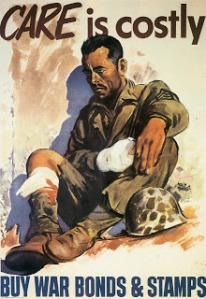 The Chain of Evacuation

Wartime medical treatment occurred on muddy battlefields under fire, tent hospitals only miles from the front, and sterile stateside hospitals.

A complex chain moved patients to where they could best be treated. At all points along this chain, decisions were made regarding when to treat, when to return to duty, and when to evacuate further to the rear.

These units were attached to combat units and followed them into battle.

Battlefield: Medics performed first aid and moved the wounded to the aid station, often under fire.

Battalion aid station: About one mile from front. Physicians and medics adjusted splints and dressings, administered plasma and morphine. Soldiers reported to the aid station for treatment of minor illnesses or mild combat fatigue.

Collecting station: About two miles from front, near regiment command post. Further adjustment of splints and dressings, administration of plasma, treatment of shock.

These hospitals were assigned to a theater of operations, and could be packed and moved quickly.

Field Hospitals: Within thirty miles of clearing station—were supposed to receive the wounded within one hour of injury. Surgery was performed for the most severe cases.

Evacuation Hospitals: Treated illnesses and less urgent surgical cases. Patients could be reconditioned here to return to the front.

These hospitals were set up a safe distance from the front, either in the theater of operations or stateside.

Station Hospitals: Usually attached to a military base, designed to treat illnesses and injuries among personnel stationed at that base.

Wiltse, Charles M. The Medical Department: Medical Services in the Mediterranean and Minor Theaters. Washington, DC: Office of the Chief of Military History, Department of the Army, 1965. (available free on line at http://history.amedd.army.mil/books.html) 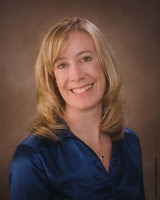