I had an interesting question from fellow author Eric J. Gates about what medications could be given via pneumatic syringe. 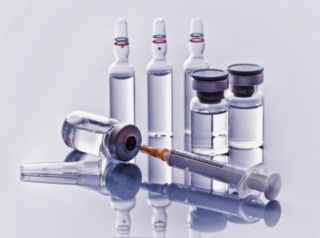 Now, my suspense author mind went to exactly where he was thinking (what kind of toxic medication can I give on the fly without having to actually inject someone with a needle.) Sadly, with current medical technology, the scenario doesn’t translate into real life.

First, you have to consider the way medications are given route wise because this is how they will end up working. They are as follows.

IN: Intranasal (up the nose.)
IM: Intramuscularly (into the muscle.)
IV: Intravenously (into the vein– blood.)
Oral
SL: Sublingual (under the tongue.)
SQ: Subcutaneous (into the fat tissue just under the skin.)

And then we can talk other orifices but they really don’t apply here.

When you give something via pneumatic syringe you’re pushing the medication under pressure into the tissue underneath which is fat tissue. Few medications work well when given into fat. One of the medications given consistently this route is insulin.

That’s author problem #1– the route in which a pneumatic syringe would work doesn’t work with a lot of devious medications.

Author problem #2– pneumatic syringes aren’t really used in human populations for anything at this moment. The closest possibility I could come up with is what we call a J-tip. This is a device that will force medication under the skin using high pressure caused by a chemical reaction. When the medication is delivered, it sounds like three pop cans opening simultaneously. The only use for it now is to inject Lidocaine (which is a numbing agent) painlessly under the skin to numb the site for IV starts.

Even though it may be a great thing in the future as a delivery method for medications and could be used at some point to kill off a fictional character– right now I would consider it outside the realm of possibilities and more in the realm of science fiction.